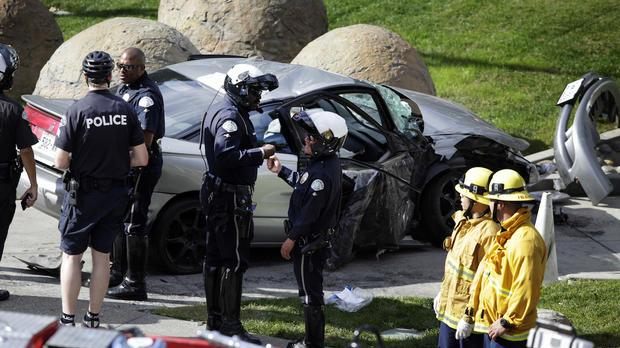 A new study shows thousands of innocent bystanders have been killed in police chase crashes since 1979.

USA Today reports that the National Highway Traffic Safety Administration, cited at least 11,500 people killed in police chases from 1979 to 2013. Of those killed, 5,000 were not behind the wheel.

\"Nearly half of people killed in police chases are not the suspects being pursued,\" said Thomas Frank, a reporter for USA Today, who conducted the four month-long investigation. \"They are either bystanders or passengers in the car. If half the people who were killed in police shootings were bystanders, there would be an uproar.\"

That's the reason why in Milwaukee, there's a policy that requires officers to balance the need to apprehend a suspect with the safety of everyone else.

Officers in Milwaukee are only supposed to pursue someone who has committed a violent crime or poses a clear threat to the public's safety. They are not supposed to chase after someone for traffic violations or misdemeanors.

Milwaukee Alderman Bob Donovan has been adamantly against the city's current pursuit policy. He says this new report won't change his mind and believes the policy is only causing more problems.

\"Yes, there have been fatalities due to police chases, but I say they were killed by the criminals, not the police,\" Donovan said. \"It (the policy) is fueling out of control drugs, armed robberies, auto thefts are up through the roof... so it's creating a level of lawlessness in Milwaukee that is unacceptable.\"

Police chief Ed Flynn has been defending his policy from the beginning. In May 2015, he spoke to CBS 58's Sandra Torres about Alderman Donovan's stance.

\"I know he's tried to do some math... but his math is challenged. The only math that matters is the number of people injured and killed in pursuits involving the police and that number is down dramatically,\" Flynn said.

Cities like Orlando, Dallas and Phoenix have also established strict pursuit policies like Milwaukee because of safety concerns. But Alderman Donovan argues, there should be other concerns.

\"I would argue that if in fact, safety is the reason to this non-pursuit policy, it has failed. Because the level of safety in Milwaukee for the overwhelming majority of residents has actually gotten worse,\" Donovan said.

Chief Flynn was unavailable for an interview Friday with CBS 58 News.