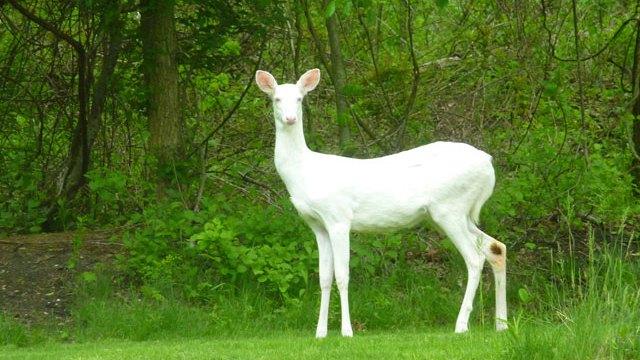 On Wednesday, January 12 at 4:11 PM the Sheriff’s Office responded to the 5500 Block of Highway 167 for a vehicle that struck and critically injured an albino deer. Prior to police arrival, a citizen stopped and noticed the deer was injured and suffering. The 75-year-old Town of Erin man, a concealed carry holder, decided to shoot the deer with his pistol.

The first shot did not kill the deer and another man, a 62-year-old Town of Erin man, used the pistol to shoot the deer again. When police arrived the deer had died.

Through the investigation, police determined the two subjects discharged the weapon in a safe direction and off of the roadway. One concerning issue was that the pistol shots took place close to a couple of other residences. Both individuals were advised of the statutory obligations of discharging a weapon while on someone's land. Washington County investigators determined not to pursue any further law enforcement action.

The Wisconsin Department of Natural Resources was contacted and advised the albino deer could be released to the motorist that struck it. The Sheriff’s Office was asked to forward our reports to the DNR and they would handle any and all DNR violations that may have occurred.

Several citizens who stopped during the incident told police the deer was a Holy Hill legend affectionately named “Merlin”.