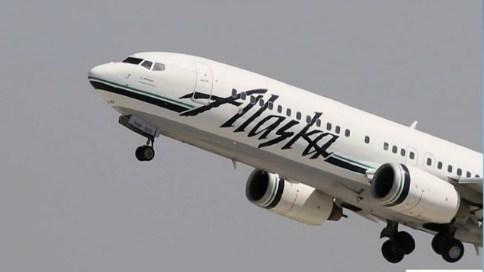 Alaska Air Group has agreed to buy Virgin America for $2.6 billion, the airlines said. Alaska Air(ALK) said it will pay $57 per share, sending Virgin America (VA) stock soaring 40%. Including debt and aircraft leases, the transaction is worth about $4 billion.

Alaska Air was reported to be in a bidding war with JetBlue (JBLU). The acquisition marks yet another step in consolidation in the airline business. Alaska Air is the eighth biggest U.S.-based airline in terms of traffic, according to the Department of Transportation's 2015 data.

Virgin America was launched in 2007 by billionaire Richard Branson and went public in November 2014.

"I would be lying if I didn't admit sadness that our wonderful airline is merging with another," Branson said on Monday.

As of December 2015, Branson's Virgin Group owned 18.2%. That made it Virgin America's second largest shareholder behind New York hedge fund Cyrus Holdings, which has a 27.9% stake.

Branson said he was "sadly" unable to stop the takeover because some of his shares were non-voting.

"The important thing now is to ensure that once Alaska witnesses firsthand the power of the brand and the love of Virgin America customers for our product and guest experience, they too will be converts," he added.

Shares of Virgin America (VA) have jumped since news broke late last month that it was looking to sell.

The company has boasted attractive earnings recently. Last quarter, Virgin America reported a $191 million profit -- a 600% increase from $28 million the year before.

Virgin America, based in San Francisco, has also been adding more flights and has increased ticket prices. It flies to 22 destinations in the U.S. and Mexico.

Alaska Air Group (ALK) -- which owns Alaska Airlines and Horizon Air Industries -- is based in Seattle and travels to more than 90 cities in the U.S., Canada and Mexico.