Airline Offering Flights from West Coast to Europe for $199 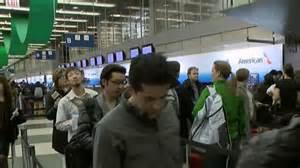 SAN FRANCISCO (CBS SF) — Get your passports in order. Travel from the West Coast to Europe is about to get a lot cheaper this summer.

Wow air has been offering $99 flights to cities in Europe from the East Coast since last year. The flights connect through Iceland’s capital

“Low-cost carriers likeSouthwest in the United States and Ryanair in Europ have been the most successful and profitable in the industry but have generally operated locally,” he said. “No one has done it with Transatlantic flights.”

Just one caveat: Be prepared to forego all the extras, like legroom, baggage, food and movies. Those things will cost a little extra, but not enough to break the bank

Wow will offer 5 flights weekly to Reykjavic from SFO as of June 9, and four from Los Angeles. There are 21 European destinations, including Berlin, Amsterdam, London, and Paris.