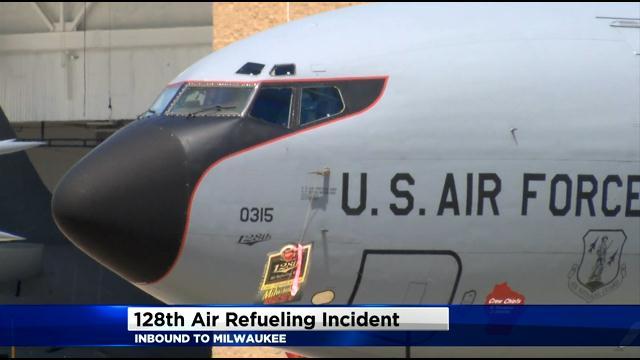 A Wisconsin Air National Guard crew landed without one of its engines in Milwaukee this morning.

A crew of four aboard a KC-135 Stratotanker was returning from a training mission in Europe. About an hour and a half from landing at General Mitchell International Airport, the flight crew noticed a fluctuating instrument on one of the engines. That called for a \"precautionary shutdown\".

\"When they have a fluctuating instrument, that's the equivalent on a car of having a 'Check Engine Soon' light come on,\" Major John Capra said.

The three other engines on board kept working fine. Capra says the KC-135 can stay in the air with just one functioning engine, depending on weight. The Stratotanker landed safely a little after 11 a.m. Wednesday.

It's the latest in a series of emergency landings and cautions for the KC-135's. In January 2015, crews were forced to land when smoke from a faulty battery filled the flight deck. In May and June of 2013 there were two other emergency landings. All of those emergencies ended without a crash.

Quality assurance and mechanics will take a close look at that plane's engine to figure out what caused the warning. The wing still has nine other Stratotankers in its rotation.