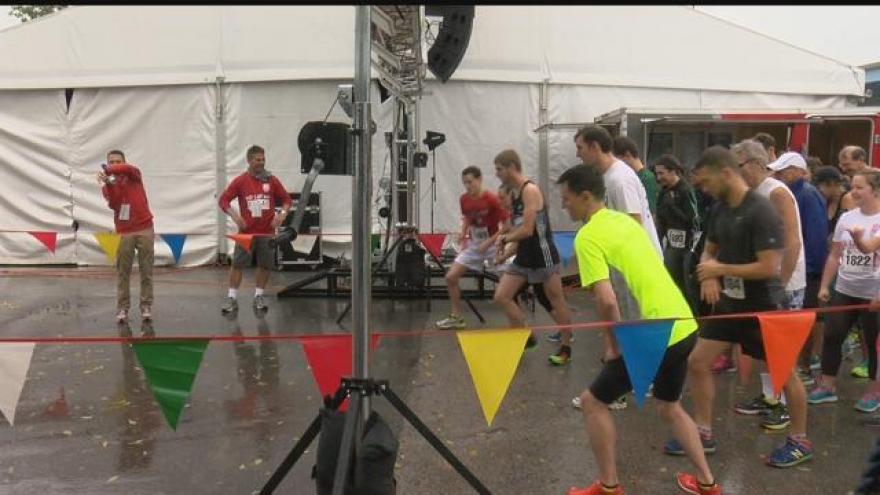 MILWAUKEE (CBS 58) -- Participants from across Wisconsin raised over $400,000 today to support HIV prevention, care and treatment programs across the state. Wisconsinites ran, walked and volunteered  at the 28th AIDS Walk Wisconsin and 5K Run held at the Summerfest Grounds. The event's honorary chair was award winning actress, singer and comedian, Jane Lynch.

According to the Aids Resource Center of Wisconsin, it is estimated that 8,000 people are living with HIV in Wisconsin, with almost 1,500 unaware of their status. Over the past 28 years, more than 128,000 registrants have participated in the AIDS Walk Wisconsin and raised more than $13 million.

Jane Lynch spoke at the event, and even donated $20,000 to the cause as well. “As long as a cure for AIDS remains unfound, and as long as our brothers and sisters continue to suffer, we will walk!”

ARCW Vice President and Chief Development Officer Dan Mueller also spoke to participants as well. “As your chief fund raising officer, I know you have been receiving all sorts of messages from us in the months leading up to this special day," said Mueller. "Today, I only want to share one message with you; how valuable you are to us and to the fight against AIDS."

According to ARCW, one hundred percent of the pledges raised from AIDS Walk Wisconsin have stayed in Wisconsin to benefit people living with HIV in the state.