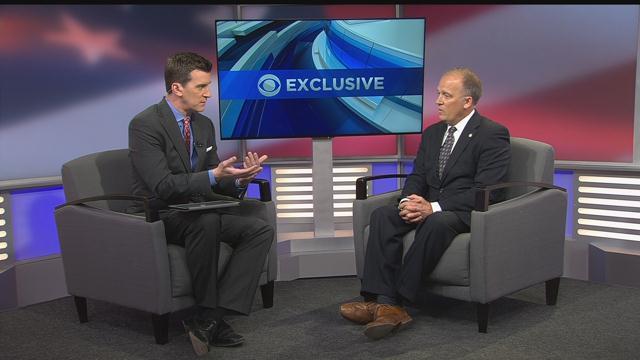 Wisconsin Attorney General Brad Schimel came on the CBS 58 News at 4 to talk about his fight against human trafficking.

A November, 2015 online article in The Guardian calls the city of Milwaukee "the Harvard of pimp school," a saying Schimel does not dispute. "It's an awkward metaphor, but there's some validity to that," Schimel said, "We have exported training to pimps in other communities nationwide, we have also transported victims to other communities."

The Attorney General says the problem is hard to fight, in part because so many factors can lead to a child being lured into the sex trade. "Economics is a part of it, there are a lot of issues, substance abuse, mental health. A lot of factors play a role in it," Schimel said

Schimel says he is working to combat the problem on the criminal justice side. "We should move towards stiffer penalties for it. Both in changing our law and convincing our courts to set stiffer penalties," he said.

But Schimel is also working with churches and other various organizations around the state to try and get help to victims. That help can be key in ensuring that a victim stays out of the sex trade "A victim of trafficking doesn't just need a place to stay for tonight after law enforcement makes contact, they're going to need a place to stay for months, and we're going to have to have resources to get them back on their feet," Schimel said.

Schimel says that this problem will not be solved by law enforcement alone, it will take effort from the entire community. "This wouldn't exist if there weren't a demand for it. Out there, there are men who are willing to pay money to have sex with children who are being forced into this. We have to go after them... we can't accept this as a community," he said.