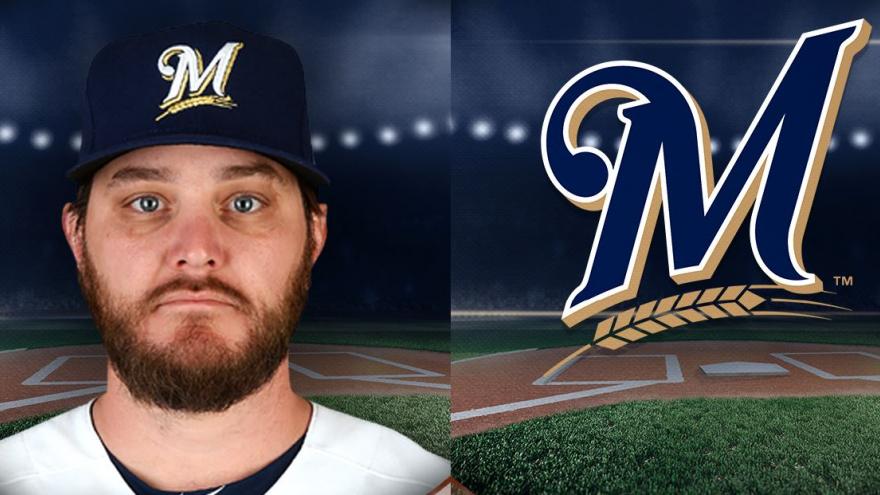 Oddly enough, five innings after this extraordinary bit of subterfuge, Counsell probably waited a bit too long to go to his bullpen again.

Brandon Woodruff pitched 5 1/3 innings of highly unusual relief against the Dodgers on Wednesday, but he also gave up Max Muncy's tiebreaking RBI single in the sixth inning of Los Angeles' 5-2 victory.

Counsell has used his bullpen liberally and unconventionally throughout the Brewers' remarkable season, and this particular gambit yielded mixed results.

All the results aren't in yet, either: After walking leadoff hitter Cody Bellinger and then leaving Game 5, Miley will start Game 6 in Milwaukee on Friday when the Brewers attempt to avoid elimination.

Counsell started a left-hander to persuade the Dodgers to stack their lineup with right-handed batters, hopefully giving an advantage to the right-handed Woodruff. From that standpoint, the Brewers were successful: Los Angeles manager Dave Roberts used six right-handed hitters as position players, and the Dodgers didn't score until the fifth inning.

Counsell didn't even tell most of his players about his scheme until shortly before game time.

Catcher Erik Kratz was in on the plan, of course. He understands why the Brewers will be questioned, but he is all-in on Counsell's convention-flouting ideas.

"Why can't you?" Kratz asked. "Is it against the rules? Is it bush league? If it's bush league, you can call it bush league. I don't think it is, because they're all on our team. ... Brandon Woodruff is a really good pitcher, so he gets to get some outs."

A surprise bullpen game worked well, until it didn't — and it ultimately didn't prevent the Brewers from losing for the third time in four games after a 12-game winning streak that propelled them deep into the postseason.

Woodruff escaped a first-inning jam and kept the Dodgers in check until the fifth, when he gave up Austin Barnes' tying single.

But in the sixth, Woodruff allowed Justin Turner's leadoff single and hit Manny Machado with a pitch. Muncy chased him with a single that rocked a Chavez Ravine crowd eager to see the World Series again next week.

Counsell's options were limited from there after such aggressive bullpen usage. Corbin Burnes pitched on consecutive days for just the fifth time in his pro career and gave up an RBI single to Yasiel Puig. Veteran righty Joakim Soria worked for the third time in three days and was charged with two runs while getting one out.

Milwaukee's fearsome bullpen has been responsible for 14 of the Dodgers' 16 runs in the series, and 12 of those have come in the sixth inning or later.

Not many pitching strategies could make up for an offense that managed just three runs in the past 24 innings at Dodger Stadium.

But Counsell caught nearly everyone off-guard when he took a season of bullpen tinkering to a new level. Most of the Brewers' position players only heard about the strategy a few minutes before game time — and Christian Yelich didn't know until Miley himself told him.

"It's kind of just how we roll over here, man," Yelich said. "It's been working out. When everyone has been called on, they've been able to do their job. Woody came in and was huge for us. Kept us in the game. They just got their hits and made their pitches when they had to. Credit to them."

Miley was pitching on three days' rest in Game 5 after he made it into the sixth inning of Game 2 on Saturday. Woodruff hadn't pitched more than four innings in a game since May 16, but he was ready to go long in Game 5 after not pitching for Milwaukee since Game 1.

He even contributed at the plate against Dodgers ace Clayton Kershaw for the second time in the NLCS. Woodruff homered off Kershaw in Game 1 in Milwaukee, becoming the third relief pitcher to homer in a postseason game.

With a runner on first and one out in the third in Game 5, Woodruff drew a five-pitch walk from a visibly annoyed Kershaw, who couldn't hit his spots. Lorenzo Cain then delivered an RBI double, although Woodruff eventually was stranded at third.

But the Brewers made 18 consecutive outs between the third inning and a ninth-inning mini-rally, undoing their pitching staff's resourceful performance.

Counsell already was at the vanguard of the recent wave of managers figuring out new ways to use their bullpens, along with Tampa Bay manager Kevin Cash.

Cash regularly used an "opener" for one inning before going to his bullpen this season, a strategy other clubs began to adopt down the stretch. He took steps not to deceive opponents with the approach, though, routinely texting opposing managers as soon as he decided on his first pitcher so they could plot out their lineups accordingly.

No Milwaukee starter had recorded an out in the sixth inning during this postseason until Miley did it in Game 2 of the NLCS.