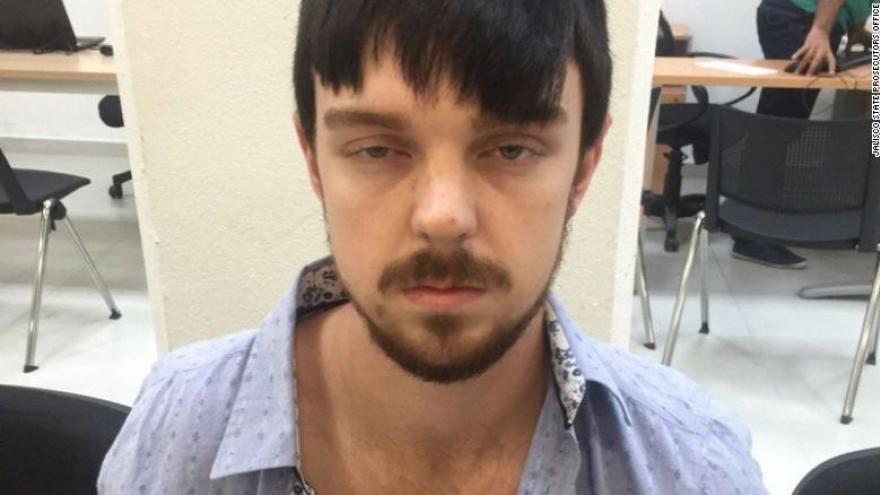 (CNN)So-called "affluenza" teen Ethan Couch and his mother have been detained by Mexican authorities near a popular Pacific resort town, officials briefed on the matter told CNN.

Couch, 18, went missing earlier this month in Texas where he was under probation for a 2013 drunk driving crash that killed four people and drew nationwide attention over his lawyers' use of his privileged upbringing as part of their defense at trial.

He and his mother were detained near the Mexican beach resort of Puerto Vallarta, roughly 950 miles from home, officials told CNN on Monday.

The teenager is expected to be turned over to the U.S. Marshals Service, which has spent weeks searching for him. A spokesman for the service declined to comment Monday.

Couch is wanted by authorities in Tarrant County, Texas, for allegedly violating his probation. His mother, Tonya, was listed by Texas authorities as a missing person after her son's disappearance, and the authorities said they believed she was assisting him. A warrant was issued in mid-December for Couch to be taken into custody after his probation officer couldn't reach him. He appears to have dropped off the radar after a video emerged that allegedly showed him at a party where alcohol was being consumed, according to authorities.

Couch had been ordered to stay away from drugs and alcohol for the duration of his sentence probation.

His sudden disappearance reignited controversy over his case, which attracted widespread attention after a psychologist testified that Couch, who was 16 at the time of the crash, suffered from "affluenza," describing him as a rich kid whose parents didn't set limits for him.

His lawyers argued that his parents should share some of the blame for the crash.

Prosecutors had requested that Couch be sentenced to 20 years behind bars. The juvenile court judge's decision to put him on probation for 10 years instead of sending him to prison outraged victims' families

It also prompted many observers to question the term "affluenza," which isn't recognized as a medical condition in any formal sense.

G. Dick Miller, the psychologist who said the word at the trial, later said he wished he hadn't used it. And Couch's lawyers have criticized what they say is the news media's narrow focus on the term in relation to his case.The juvenile court judge also ordered Couch into long-term mental health treatment, at his family's expense but away from his parents' influence.

By December of this year, he was back living with his mother.

His disappearance and the recent video that may show him at a party have renewed criticism of the sentence he received.

"Nothing is going to make an impact on this guy unless there's something severe or certain," said Kevin McConnell, whose son was injured in the 2013 wreck.

District Attorney Sharen Wilson has said it "certainly looks like" Couch in the video of the party, but added that without further investigation, the video alone doesn't prove he violated his probation.

Leaving the county and not meeting his probation officer, however, are definitely violations, she said.

Couch's lawyers have said they know authorities are investigating whether their client violated his probation conditions, but they have declined to comment on whether he attended the party.

At the time of his conviction, prosecutors said Couch could be incarcerated for up to 10 years for violating his probation terms.