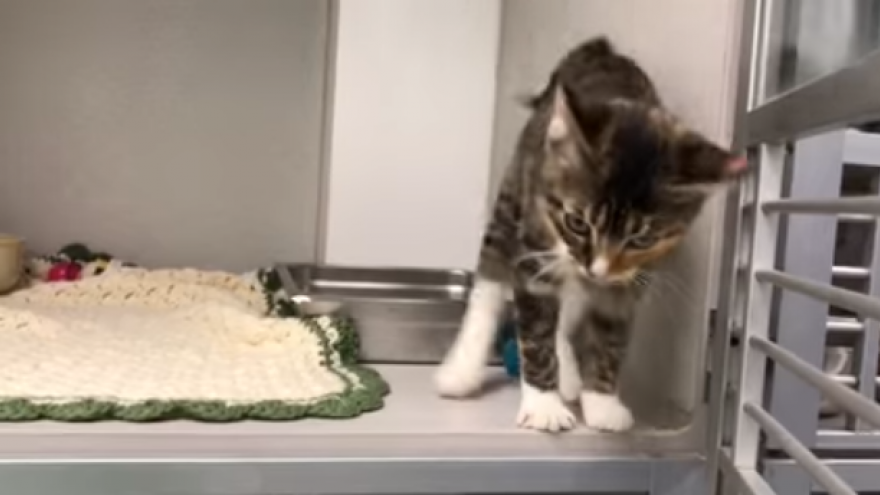 PITTSBURGH (KDKA) – No this is not an animated GIF, this is Twerk the kitten, a shelter pet brought into Pittsburgh’s Humane Animal Rescue for adoption.

Twerk is a three-month old kitten who was brought to the East End shelter earlier this month because her previous owner was moving.

The shelter says she suffers from Cerebellum Hypoplasia, a neurological disorder that results in involuntary movements and shakes.

Shelter workers say Twerk is obviously an adept dancer and quite content with life.

Twerk now has a new mom and a new home.