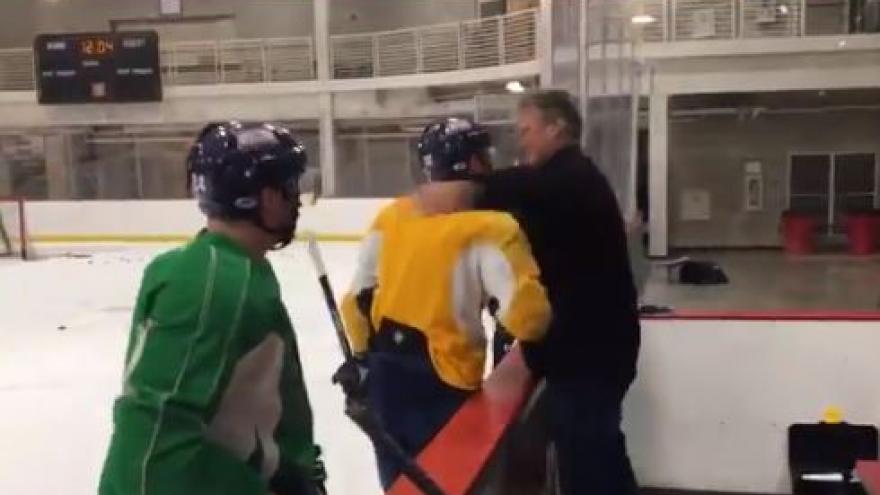 MILWAUKEE (CBS 58) — Milwaukee Admirals forward Bobby Butler will attempt to become the fourth Admirals player to win gold when he competes for Team USA in the 2018 Winter Olympics in PyeongChang, South Korea.

Here's a video of the reaction from Butler's dad when he was told the news:

TFW you tell your dad that you’ve made the US Olympic Team ??#TeamUSA ?? pic.twitter.com/ASoOYYXS4Z

Butler is one of 25 players named to Team USA, which will begin preliminary round play on Wednesday, February 14 against Slovenia.

The Marlborough, MA native has tallied 13 goals and 12 assists for 25 points in 32 games with the Admirals thus far this season. He leads the team in goals, points, power-play goals (4), and game-winning goals (3). Over his past 11 games Butler has tallied five goals and five assists.

While 32 Admiral alumni have competed in the Olympics, Butler will be come just the fourth to do so while playing with the team. The others include Simon Moser with Switzerland in 2014, Alexander Sulzer for Germany in 2010, and Peter Smrek with Slovakia in 2002.