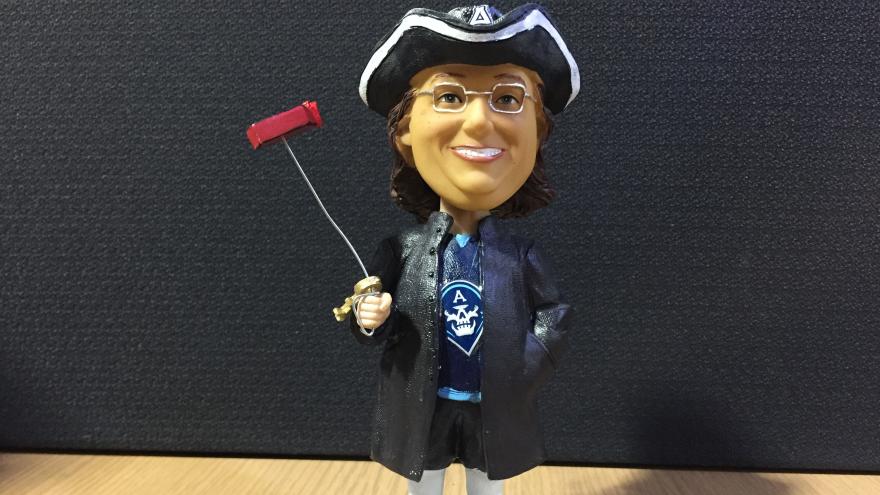 MILWAUKEE (CBS 58) — The Admirals will host the Texas Stars on Saturday, February 17 at 1 pm at the Panther Arena.

On Saturday, the first 3,000 fans in attendance will take home a Benjamin Franklin bobblehead, naturally adorned in Admirals apparel complete with a key & kite. The exact connection between the Admirals and Ben Franklin is unknown but the team said this, "This founding father, inventor, scientist, printer, politician, and diplomat invested a significant portion of his life investigating electrical phenomena. It’s no wonder he was drawn to the electrifying nature of the Admirals."

In addition, Disney Channel actress Miranda May, from the Imagen Award nominated series Bunk’d, will make an appearance at Saturday’s game. The star will be available to sign autographs for all fans from 12 to 3 p.m. in the Panther Arena’s South Goal Tap.