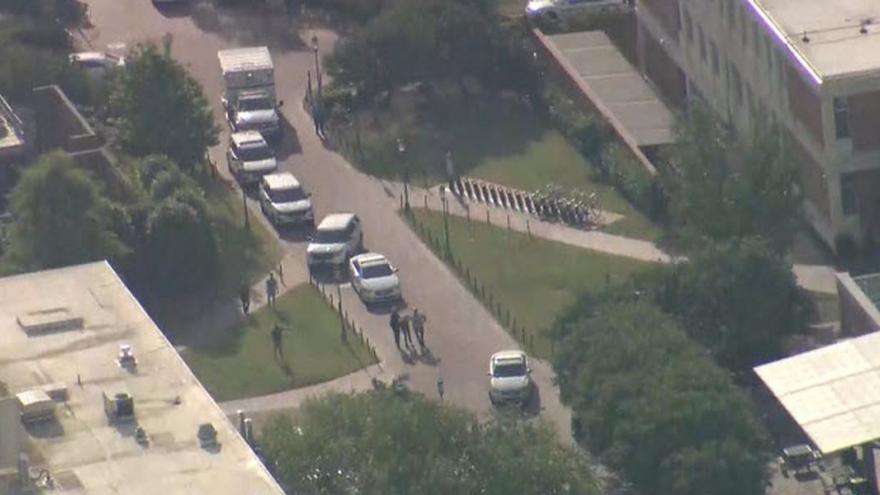 The school is on lockdown, the school's website said.

UNCC senior Shamar Crosby described it to CBSN as "madness."