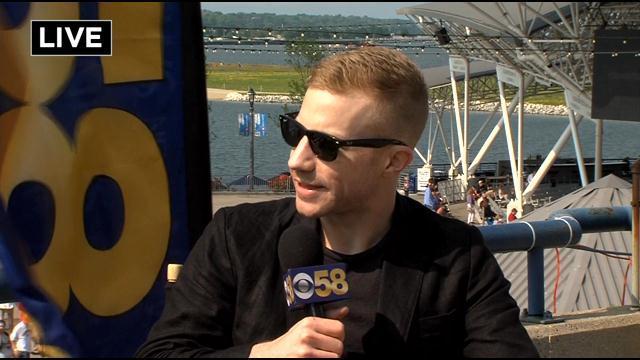 Founded in New York City and now based in Chicago, Ace Reporter was born of exhaustion. “I was burned out by music in every way, except creatively,” explains Chris Snyder. “I just wanted to write.” And so he did, finishing a new song every 24 hours for 365 consecutive days.

The songs that resulted from this threesixfive project span most of the genres so often prefixed by “indie” -- rock, folk, electro, pop.

But they are also immediate and cohesive, grounded as much by propulsive beats and hooky melodies as by the dark wit in Snyder's lyrics.

Following Snyder's move to Chicago in 2013, the band's membership solidified into a powerful four-piece: Snyder on vocals and guitar, Ben Dacoba on drums, Corbin Howard on keys, and Gordon Walters on bass.

Having toured with bands as diverse as The Fratellis and Steel Pulse, Ace Reporter has gained the reputation of a band that shouldn't be able to top their recordings…until you see them live.

Before they hit the stage at Summerfest, Chris Snyder stopped by the CBS 58 News at 4 p.m.