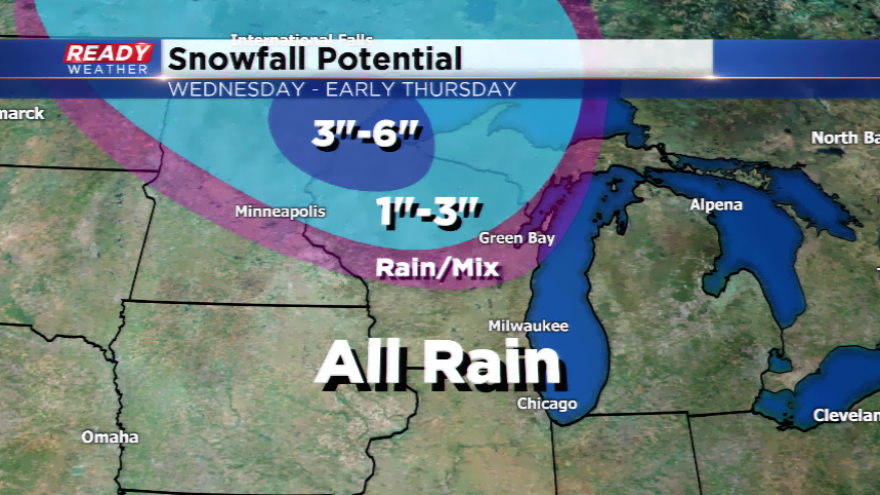 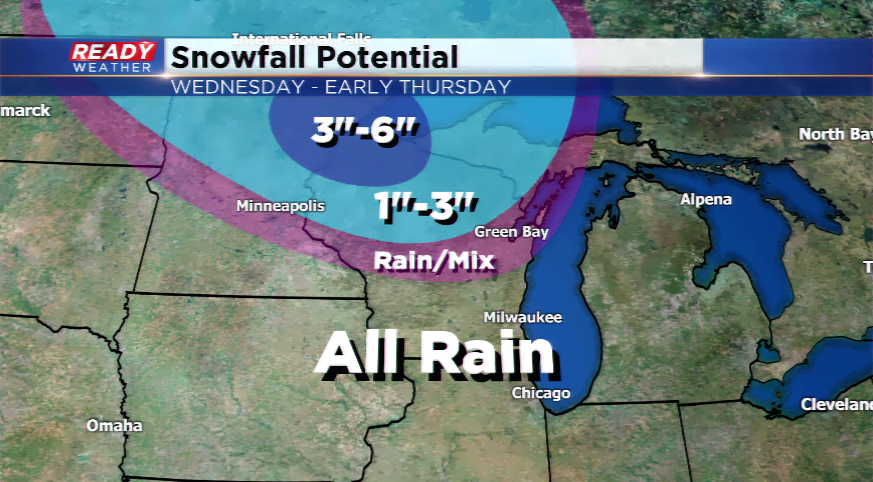 Parts of northern Wisconsin, Minnesota, and the U.P. will see another early season snow system which will usher in a chance for more accumulating snowfall.

This quick-hitting low pressure will move in and out rather quickly while giving the same locations that picked up snowfall last week more snow. The preliminary snowfall total estimates seem to be between 1”-3”, while the snowbelt areas could see a few more inches on top of that. Winter Weather Advisories have been posted for later today for the northwestern corner of the state. Snow could start falling in parts of central and north central Wisconsin by this afternoon. 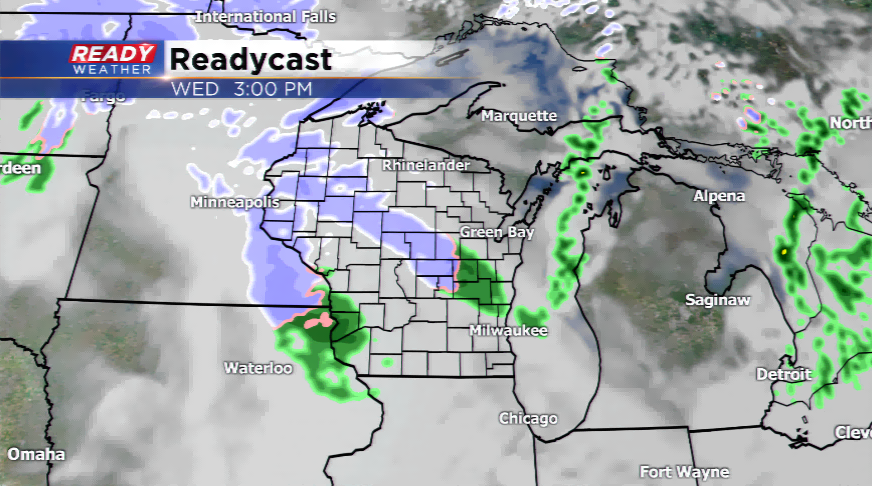 Southeastern Wisconsin is not expecting accumulating snow; however, our northern counties have a slight chance to see a mix developing on the backside of the low. Rainfall totals for the metro will be between 0.25”-0.50”. The storm system has gained some wheels, so expect rain showers in parts of the area as early as this afternoon. 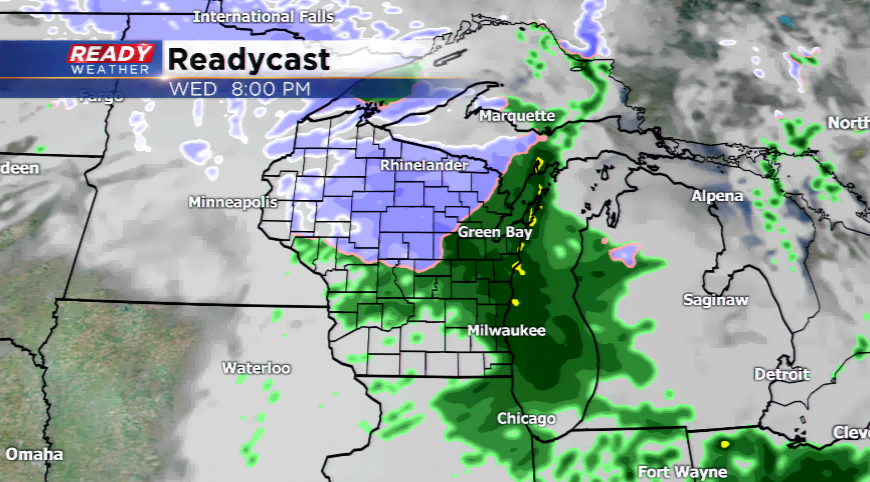 The activity will taper off by early tomorrow morning. Another batch of rain shower action is possible Thursday as well. 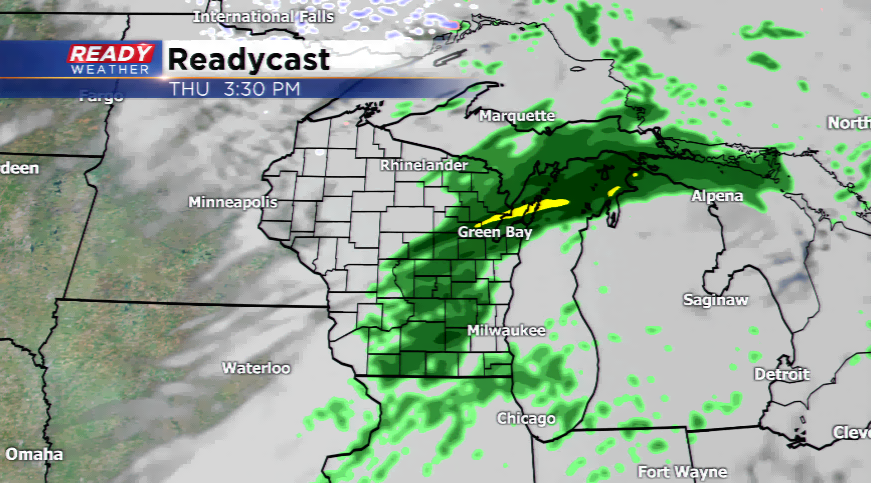