11AM Update: Snow is done, main roads are improving

11AM Update: Snow is done, main roads are improving

The winter storm has passed! But we still have plenty of snow and slush around area roads. Here's the latest from the Wisconsin DOT: 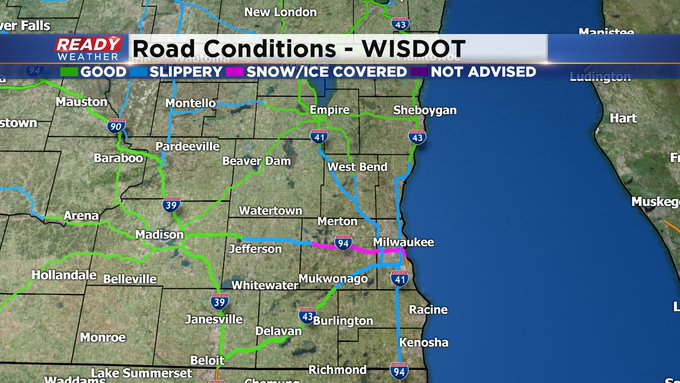 In addition, winds behind this area of low pressure have now shifted to the west and remain quite brisk: 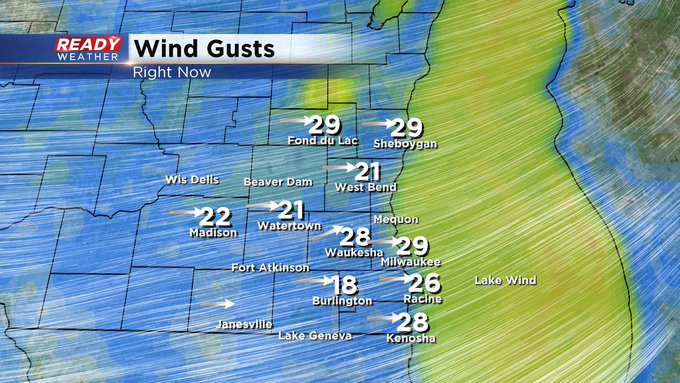 In time this will bring temps down several degrees this afternoon. Bundle up if you have to get out and shovel as feels-like temps will drop to the teens for the rest of the day! And consider shoveling in chunks, this heavy wet snow will be challenging to dig out from. Here's what a lot of us have to contend with post storm: 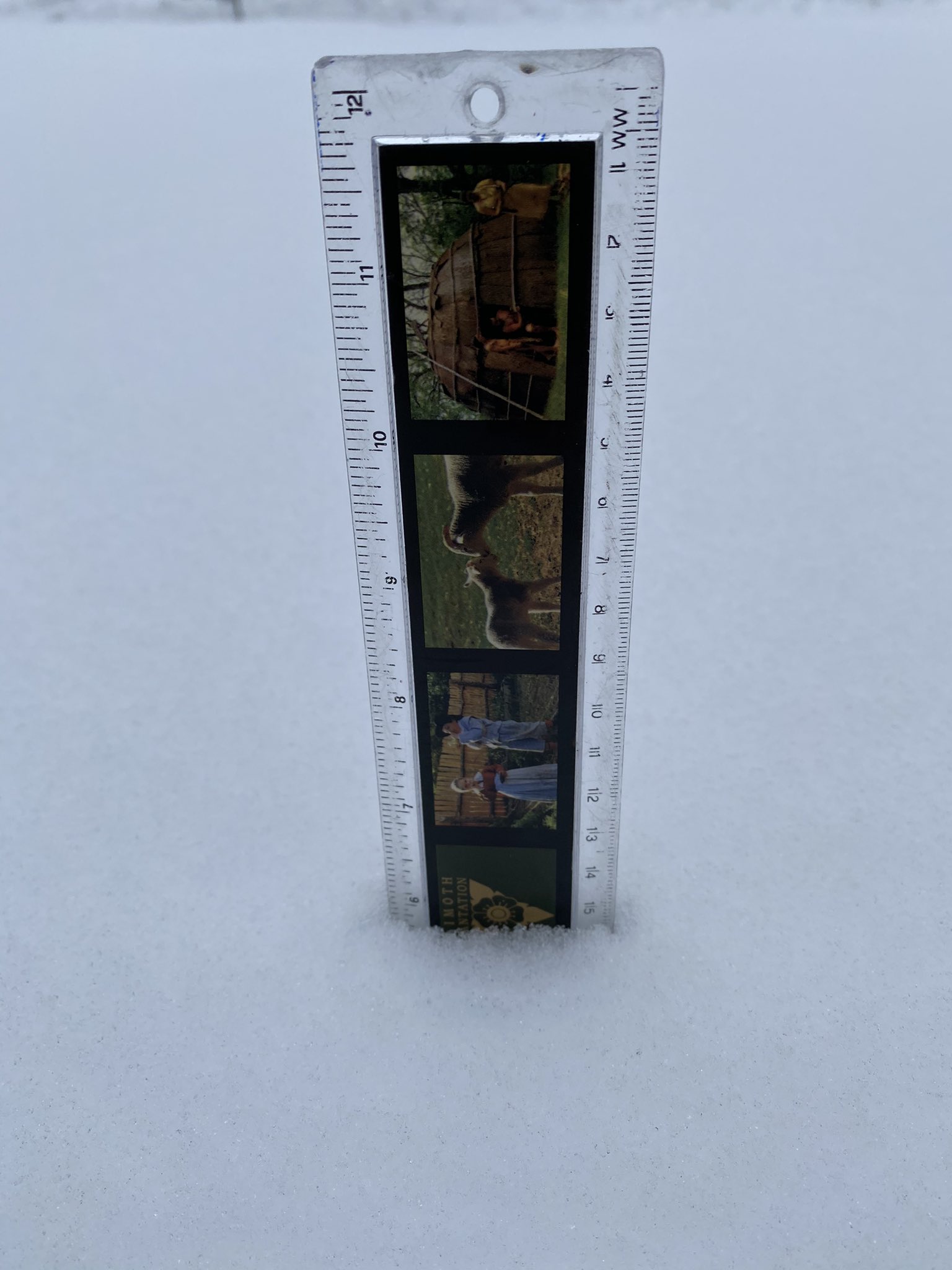 Many areas have received a half foot of snow give or take. While it was a late start to the season, we have made up for it with this one! 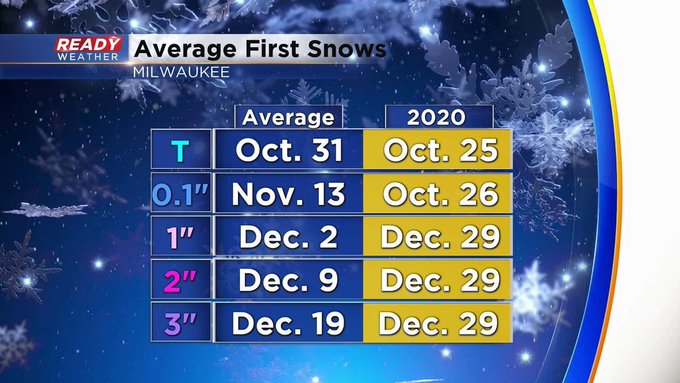 We slashed our seasonal snow deficit in half and more wet weather is expected Friday. Minor accumulations look possible at this time.

The snow has wrapped up in southeast Wisconsin and any lingering winter weather advisories have been canceled. Snow reports haven't changed much from the graphic shown below with much of the area seeing 4-8" except for our far nothern and southern spots. Road conditions have also improved with most of SE Wisconsin now listed as slippery or good instead of snow covered. Enjoy the snow! Our next round arrives Friday. 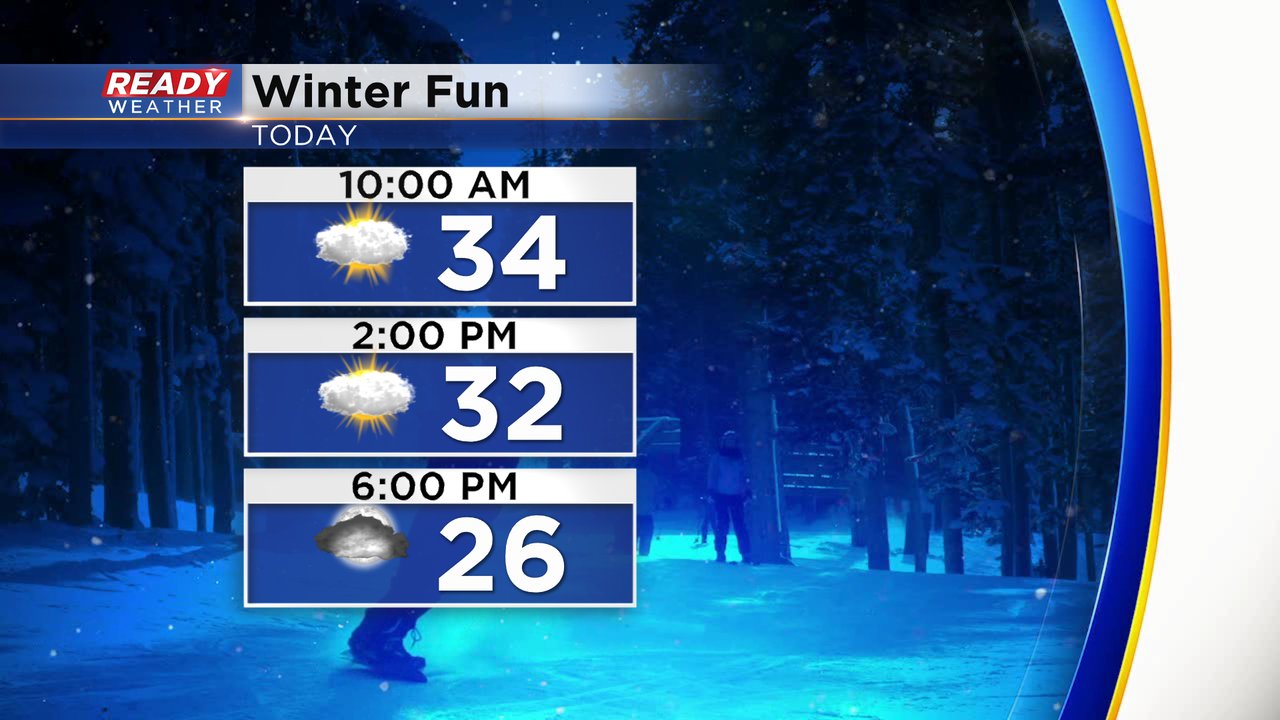 The heaviest of the snow fell Tuesday night into early Wednesday morning. By 3 a.m. only some areas of light snow were remaining. At points that snow was mixing with some light sleet or freezing drizzle. The winter storm warning has been canceled but a winter weather advisory remains for most of southeast Wisconsin. Some of the freezing drizzle could remain for the next few hours causing a glaze of ice to form. 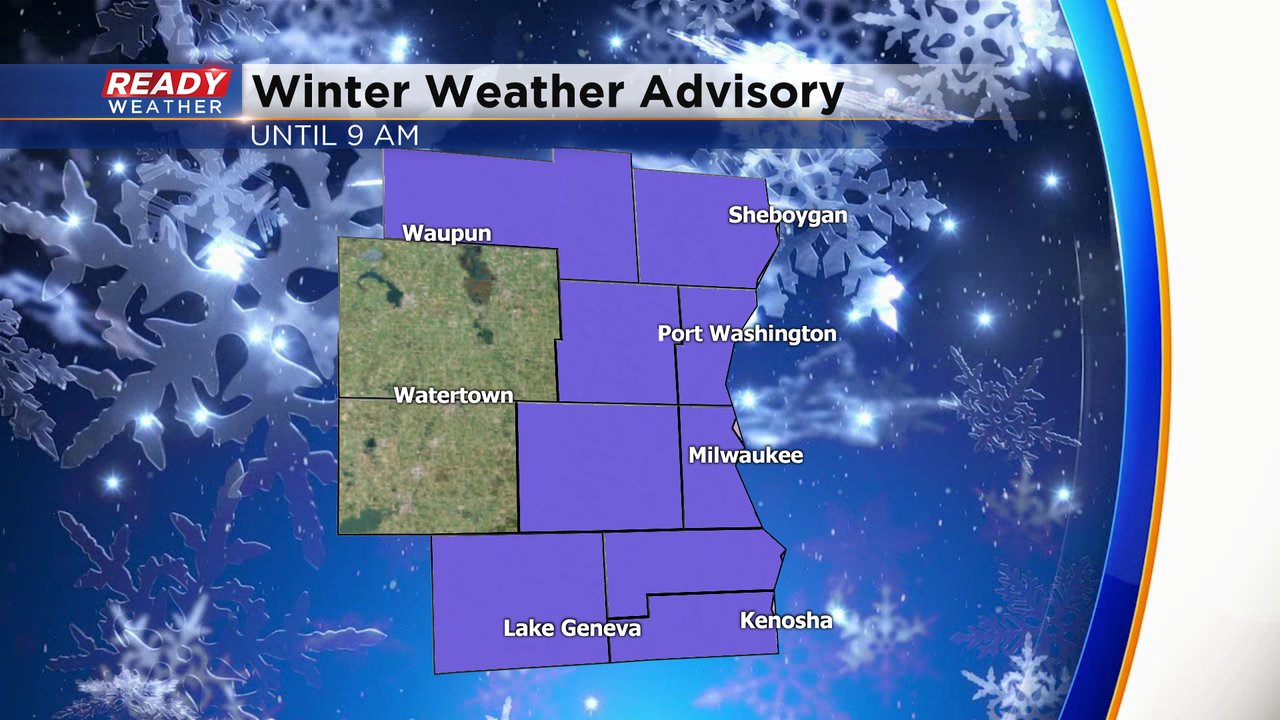 Snow reports are still coming in with a bulk of southeast Wisconsin picking up 6-9" of snowfall. Milwaukee officially picked up 4.8" at the airport. Northern counties like Fond du Lac didn't get as much with 2.2" reported there. 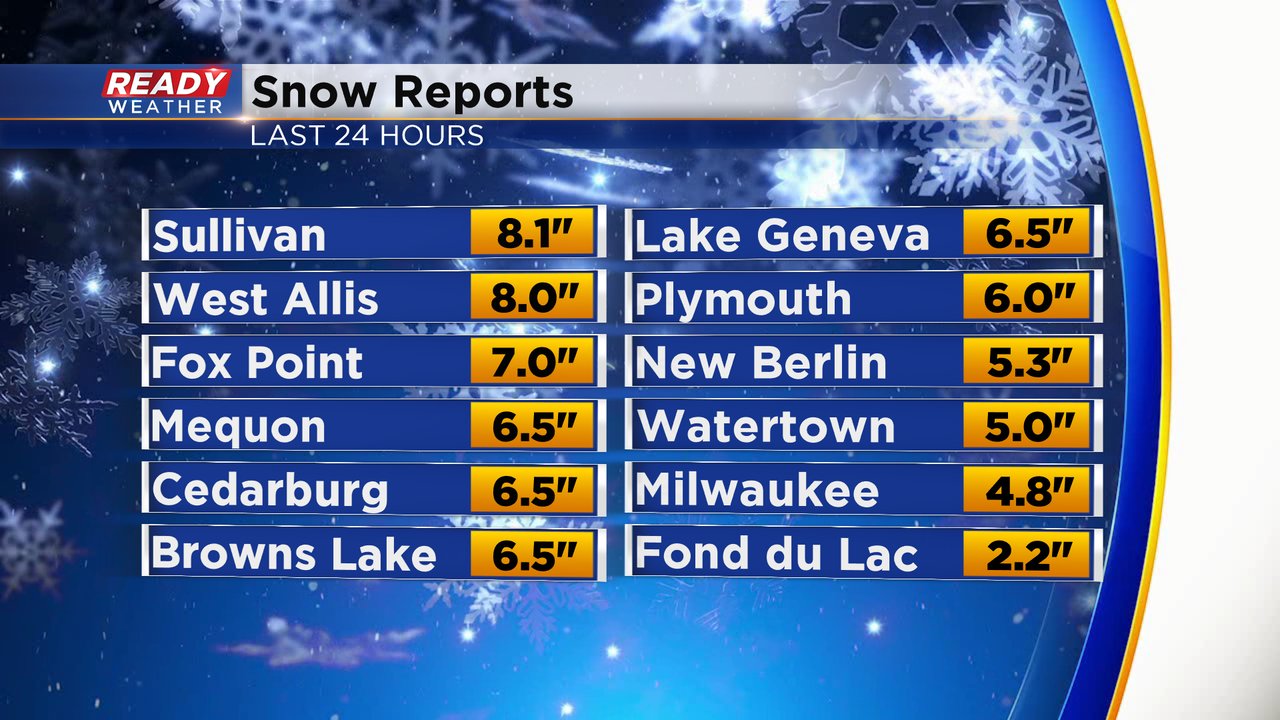 Before this snowfall Milwaukee was about four weeks behind average for it's first inch snowstorm. Milwaukee picked up 3.7" before midnight meaning it's first 1", 2" and 3" snowfalls will go down as December 29th. 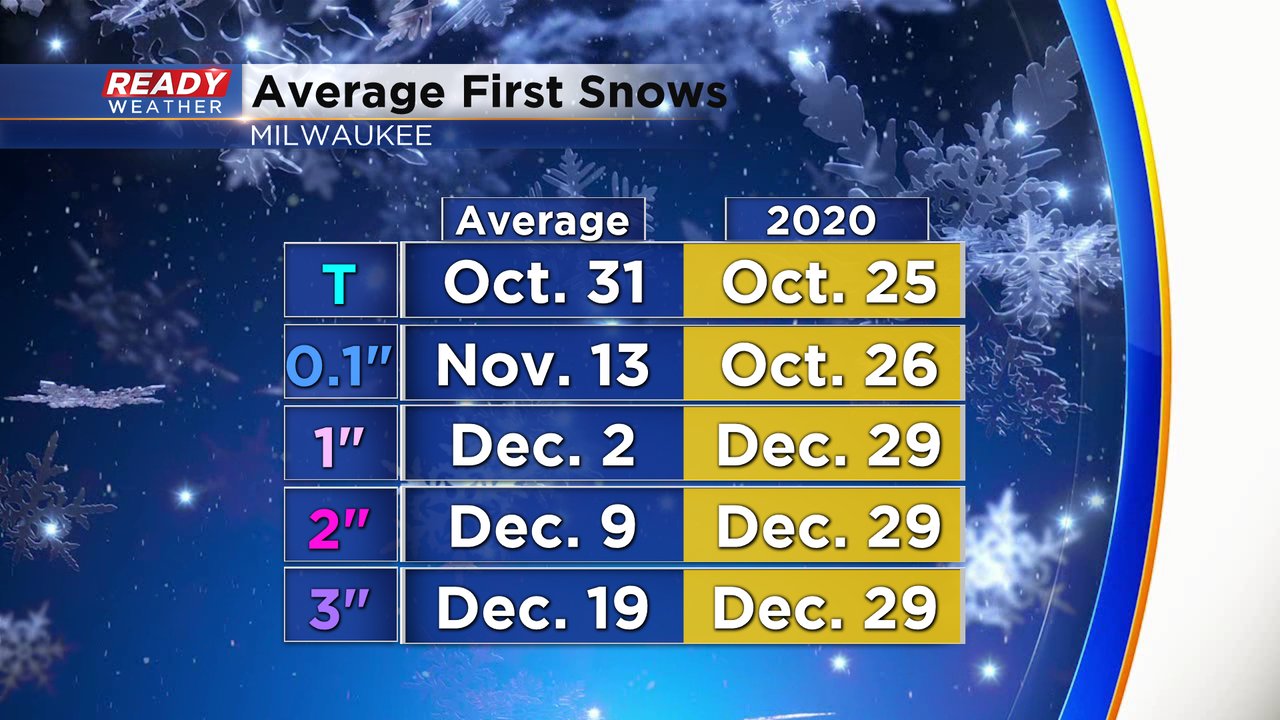 The lingering freezing drizzle and light mix is expected to wrap up by mid-morning with some sunshine returning in the afternoon. Any sunshine will help to improve the highways in southeast Wisconsin which have already started to improve. As of 6 AM most of the roads are being reported as slipper or snow covered and continue to improve. 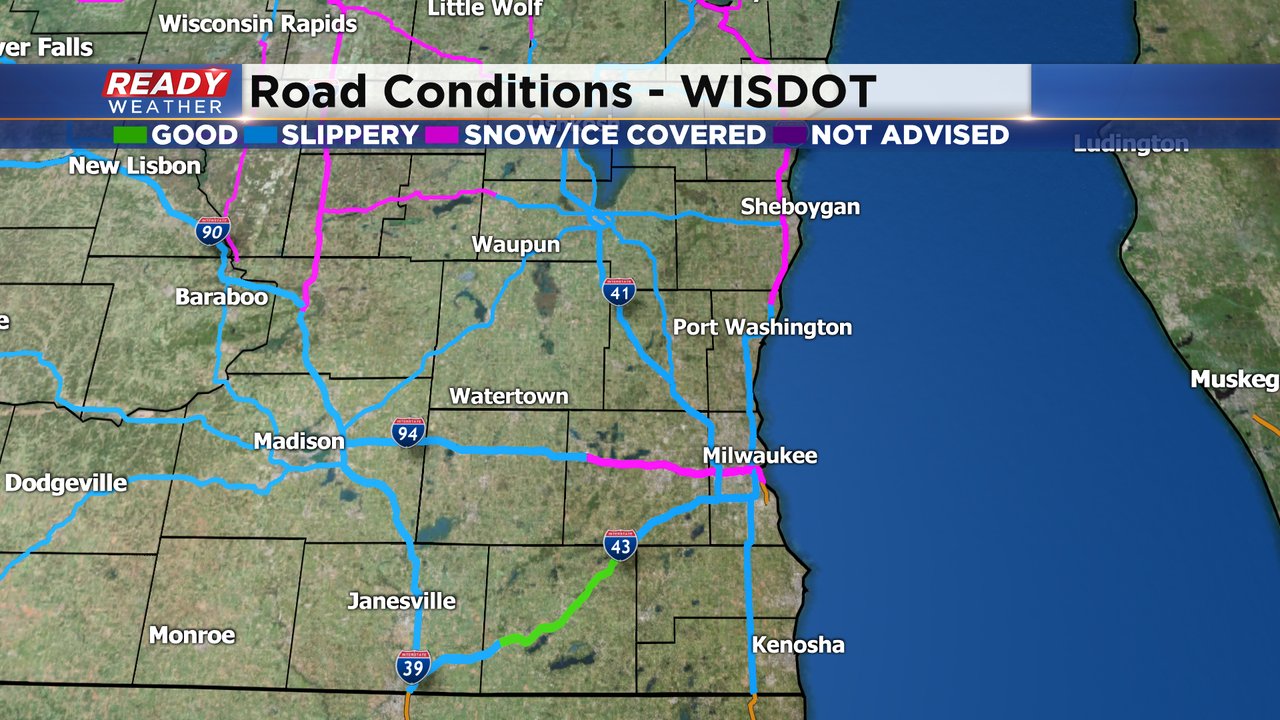 Download the CBS 58 Ready Weather app to track the next round of snow that arrives Friday.