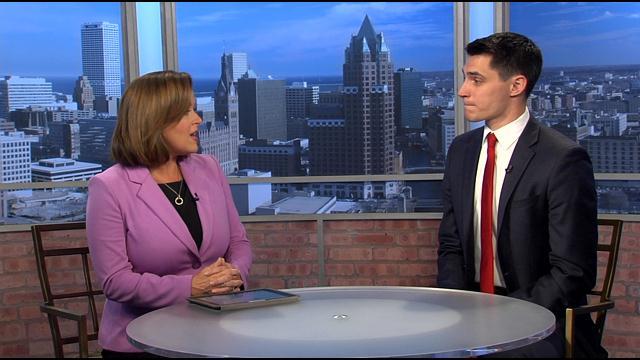 Accountant Michael Sugden who's running for the 11th District Common Council seat says he thinks the new Bucks owners should be doing more to fund a new arena in Milwaukee.

Sugden was a live guest during the CBS 58 News at 4 p.m. which is responding to viewer requests for more live, unedited interviews with the people who shape our community.

\"I'm not a fan of the proposal. I think there's more we could do,\" Sugden said.

\"I don't want to lose the Bucks. I went to ten games. I would like the owners to come to the forefront and help us out more as a community. I think we can get more.\"

Sugden who declared his candidacy before the sudden death of Alderman Joe Dudzik says is running a campaign that is focusing on public safety, fiscal responsibility, business development and education.

\"I want to foster an atmosphere that's communicative. We've kept promise of 24 hour response when contact by voters.\"

He spoke at length about creating a district-wide initiative known as SAFE (Secure and Friendly Environments).

Sugden told CBS 58's Michele McCormack that he believed the Jackson Park Community Association is a “blueprint” for this initiative.

The deadline to register as a candidate for the Special Election is June 23rd at 5 p.m.

The primary is July 21st.