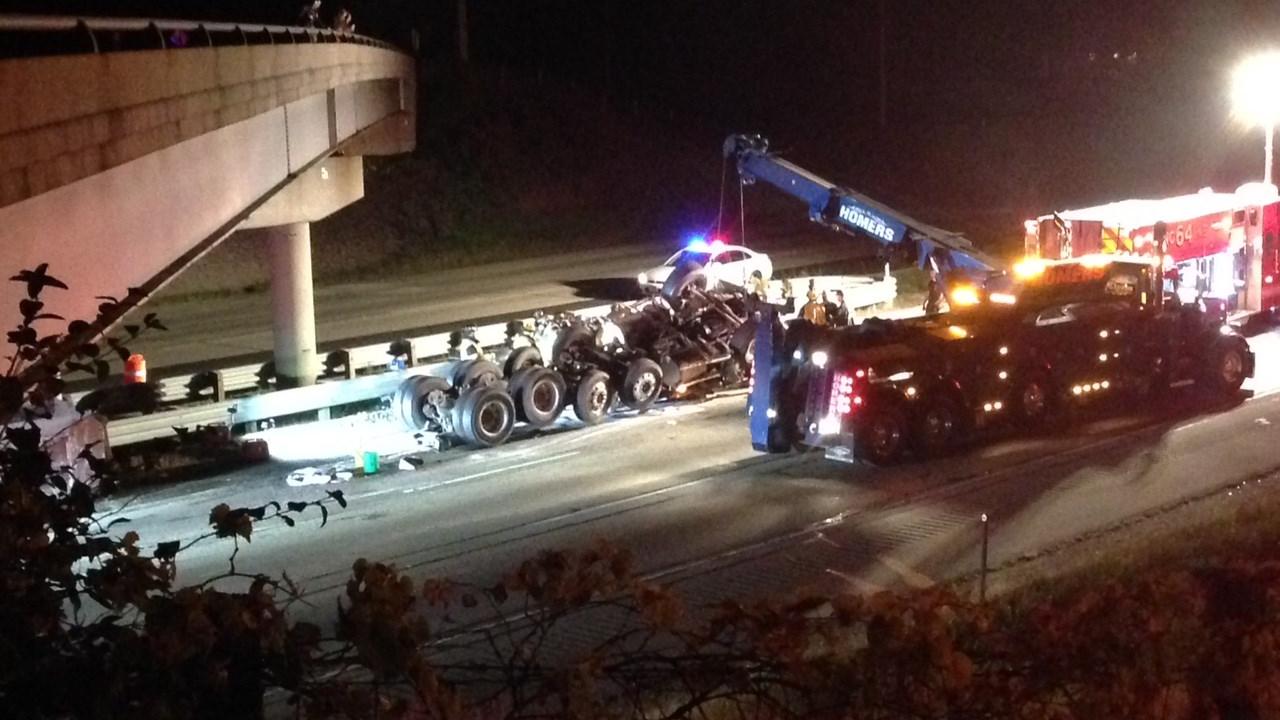 A 62-year-old Milwaukee man was flown by Flight for Life to Froedtert Hospital for treatment of injuries he received when the dump-truck he was driving stuck the Freistadt Road bridge on I-41 early this morning.   According to the Germantown Police Department, the man was trapped in his vehicle when it rolled over after striking the bridge.  His injuries are reported to be non-life threatening.

According to the police report, the dump truck was working on a road improvement project and was hauling asphalt.  After delivering a load, the operator failed to lower to box of the truck.  Witnesses reported seeing the dump-truck traveling northbound on I-41 and the box striking the bridge.  The box became separated from the truck and the truck rolled onto its roof.  Police said speed and alcohol were not factors in the crash.

The Germantown Police, Washington County Sheriff’s Deputies, and the Germantown, Richfield and Lisbon Fire Departments were on the scene for about three hours before the north bound lanes of I-41 were opened to traffic.  The Freistadt Road bridge received minor damage and remained open to traffic.