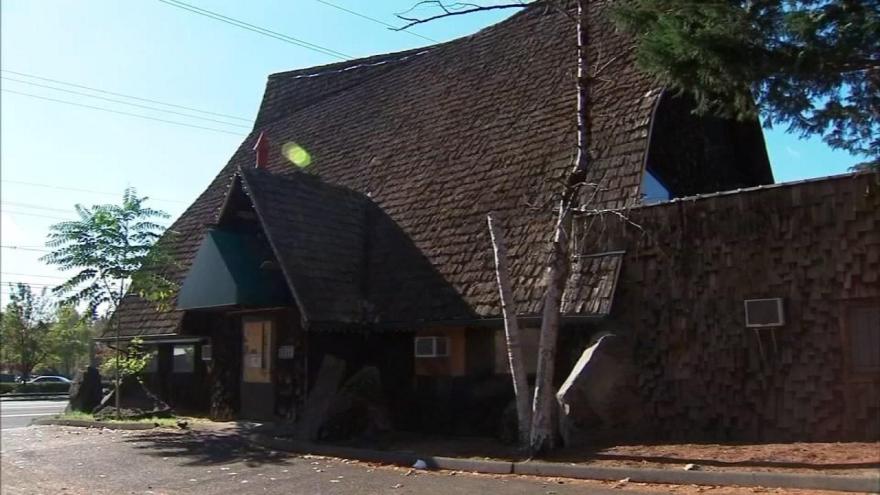 PORTLAND, OR (KPTV) - It's a unique building that hasn't changed much on the outside but on the inside, old pole and stages have now turned into a gathering place.

Once a strip club, the building in southeast Portland is now a home for families. The irony was not lost on Human Solutions Executive Director Andy Miller.

Miller remembered when he first pulled up to the building at SE 160th and Stark in Portland.

"I pulled up to the Black Cauldron, the strip club, and this being Portland, this wasn't just a strip club. This was a dark vegan playground, that's what the sign said."

While others might have walked away from the property, Miller and his team saw potential.

"It was dark and it was dirty. It had no showers for kids. The poles were still up and pretty horrible signs were up, and we looked around and saw the most unkid-friendly place I could imagine and very quickly concluded that this would make a great family home."

Human Solutions staffers looked past the murals on the walls and the accessories left behind, and saw a space big enough for a family shelter to serve more than 130 adults and kids 24 hours a day, 365 days a year.

"What you see today looks nothing like it did that morning."

The stages and seating were cleared out of the main room to make room for bunk beds at night and meals in the day. There are also ADA complaint bathrooms, a commercial kitchen and an outdoor patio that's now a kids play area.

It's a project Mayor Charlie Hales showed up to support.

"We believed progress is possible, we can make a difference and this is proof that is true," said Mayor Hales.

The project was made possible after the Multnomah County Commissioners approved a $300,000 loan to help Human Solutions back in October.

In addition to the loan from the county, a $700,000 housing development community loan covered the rest of the purchase price and a county grant paid for the renovations.