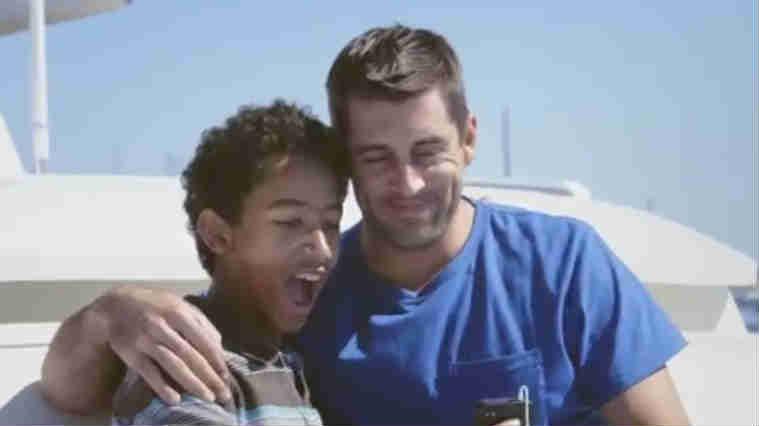 Thousands of children have lost a family member who served in the U.S. Military since 9-11. Dealing with the loss has become a little easier with the help of a local camp.

It's called Camp Hometown Heroes, based in Grafton, WI. Because of its instant success, the camp needs to expand. With a little help from a famous quarterback, and a young boy's leadership, expansion might not be far off.

Dylan Simon demanded it because he figured no one would believe he was hanging out with Aaron Rodgers.

Rodgers met with four kids dealing with a similar obstacle, losing a loved one in a war.

Dylan doesn't know his dad that well - Chad Simon. He was hit by a roadside bomb while at war. He had a traumatic brain injury. The family tried to rehabilitate him but he died nine months later. Dylan was young, but started to learn about his dad through the years. That's when he got a letter about Camp Hometown Heroes and decided to go.

Simon knows, he attended the camp in its first year back in 2013. He said he had his first breakdown then.

\"It was the first time I really processed what happened to my dad ever,\" Simon said. \"It was just a big breakthrough for me. Because of that I was able to push through it and become a better person, personally and for other people as well. I feel like I've grown into a better person.\"

Camp Hometown Heroes started in 2013 to help young children overcome their grief. It was a hit with the first group of campers.

Beyond meeting Rodgers and being in the commercial, Dylan has sort of become the face of Camp Hometown Heroes.

\"I've been going to schools. Caruso Middle School in Chicago, I spoke there. I spoke at DSHA, an all-girls high school and spoken at some more intimate kind of places.\"

Simon, now with the help of Rodgers, hopes to keep spreading the love for Camp Hometown Heroes.

\"It's helped me in ways that I know I can help other people along with helping myself,\" Simon said. \"When I feel like I'm helping others I'm also doing myself a favor. Knowing that with my grief and what I've gone through that I'm helping others with theirs.\"