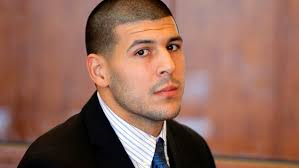 BOSTON (AP) — Former New England Patriots star Aaron Hernandez is set to appear in court in Boston in connection with the shooting deaths of two men in 2012.

Hernandez and his lawyers are expected to attend a status conference Wednesday for his upcoming trial in Suffolk Superior Court.

He's accused of killing Safiro Furtado and Daniel de Abreau in a drive-by shooting following a dispute at a Boston nightclub.

The former star tight end also faces an additional count of witness intimidation. Prosecutors say he shot a witness in the face.

Hernandez is currently serving a life sentence without the possibility of parole for the 2013 murder of semi-professional football player Odin Lloyd.

Jury selection for the Boston murder trial is set to begin Feb. 13.

Hernandez grew up in Bristol, Connecticut.