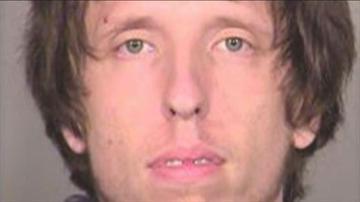 PORTLAND, Ore. - A naked man playing violin in front of a downtown Portland courthouse Saturday refused to walk to a squad car and had to be carried by police.

Police say they aren't sure of the man's identity. He told them his name is Matthew T. Mglej and that he is 25 years old.

The brand of the violin was unknown on Saturday morning.

The man was jailed under the Portland city code forbidding indecent exposure.

Before arresting him, police said they told him he would be arrested if they received more complaints, reports CBS affiliate KOIN in Portland.

They did and he was.

City police refrain from enforcing the indecent exposure code during Portland's World Naked Bike Ride as long as participants keep to the designated route. The event draws about 8,000 riders each June.