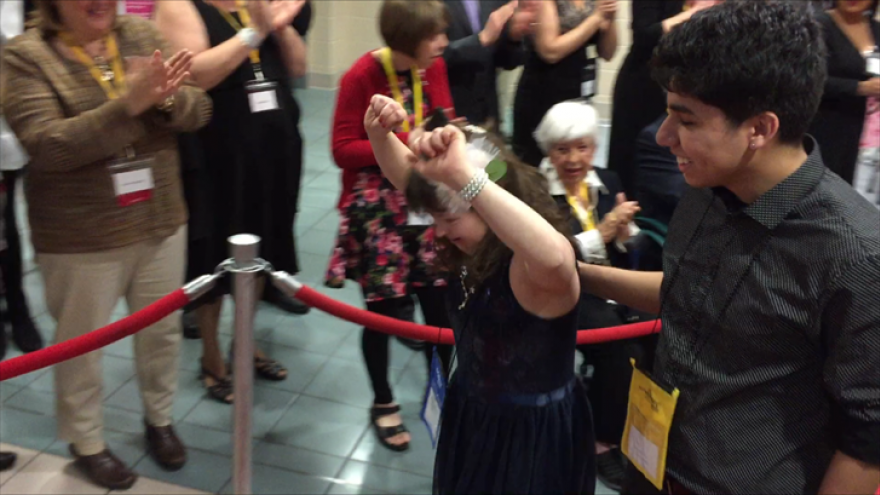 A high school prom is a milestone moment in any young adults life, but people with disabilities are often left out.

That was not the case Friday night in Oconomowoc, as 250 young adults with intellectual and developmental disabilities received the dance of a lifetime.

The prom was part of the Tim Tebow Foundation’s “Night to Shine”, which hosts similar dances in 350 other cities across the nation.

For Andrew Gerbitz and his date Maddie, it was the prom they never had.

“I love being here,” he said. “My favorite part is walking on the red carpet.”

The red carpet was filled with paparazzi taking pictures, leading the guests into the Oconomowoc YMCA gym, which was decked out in ballroom attire.

“I think the most wonderful part is just watching people’s faces” said Bethesda CEO Mike Thirtle. “A lot of people that will be here tonight, don’t have the opportunity to do this kind of event.”

Roughly 600 volunteers helped put the prom together, which featured free food, makeup, hair, and clothing for the prom-goers.

“It’s just wonderful to see that joy in their faces,” said Thirtle.

This year’s event was more than twice as large as last years, and Thirtle expects the numbers to continue to grow.