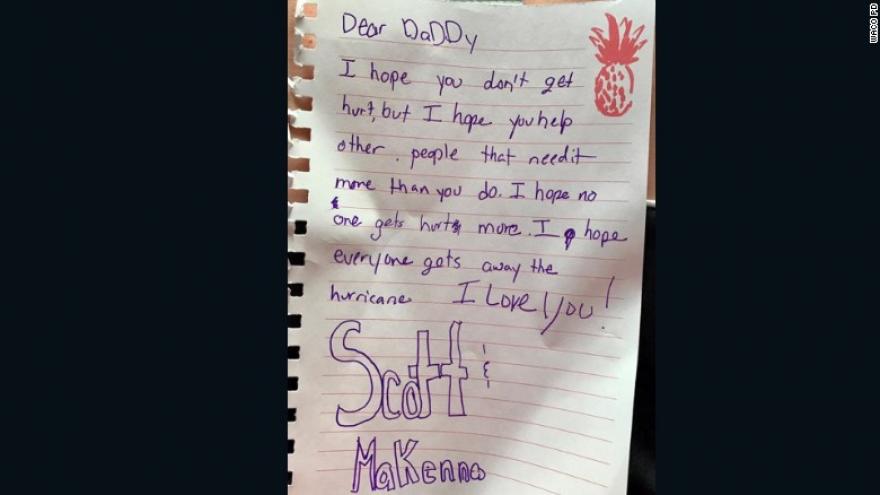 (CNN) As an off-duty police officer with the Waco Police Department prepared to head out and rescue people from Harvey's flooding, his daughter wrote him a heartwarming note.

She seemed to know that what her father, Sgt. Scott Holt, was about to do was risky, but so important for the people left stranded and endangered by the storm.

"Dear Daddy, I hope you don't get hurt, but I hope you help other people that need it more than you do," she wrote. "I hope no one gets hurt more. I hope everyone gets away the hurricane. I love you!"

The Waco Police Department posted the note along with a few words about the plucky little girl behind it.

"I know this young lady personally," Sgt. Patrick Swanton wrote. "And know that it took everything that her daddy could do to keep her from loading up with him to go."

Sgt. Holt and other Waco police officers went to Houston on their own time, money, and boats. "They're doing it because they care about Houston," Swanton told CNN. They are rescuing people in the Conroe Woods area of Houston and "will stay as long as they can safely without being a hindrance."