The snow has all but ended for everyone as of 5 a.m. The winter weather advisory has been cancelled early. This will be the last update on this first snow event which dropped a few tenths to a couple inches on grass in most communities.

A rain/snow mix has been falling since Monday evening in most communities. Early Tuesday morning around 2 a.m. the rain/snow switched over to all snow for everyone. Snow is already starting to wrap up in some western spots and will become dry by around 7 a.m. 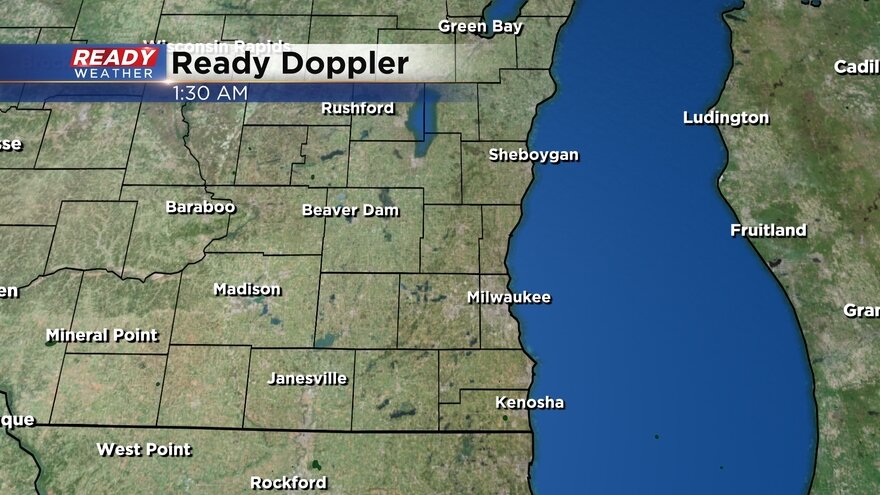 Snow totals are coming in around 1-3" out west but will quickly melt throughout the rest of Tuesday.

A winter weather advisory has been issued for Fond du Lac and Dodge counties starting at 10 pm and lasting until 7 am.  Those areas could pick up between 1" to 2" inches of snow overnight.  Some slushy slick roads are possible within the advisory. 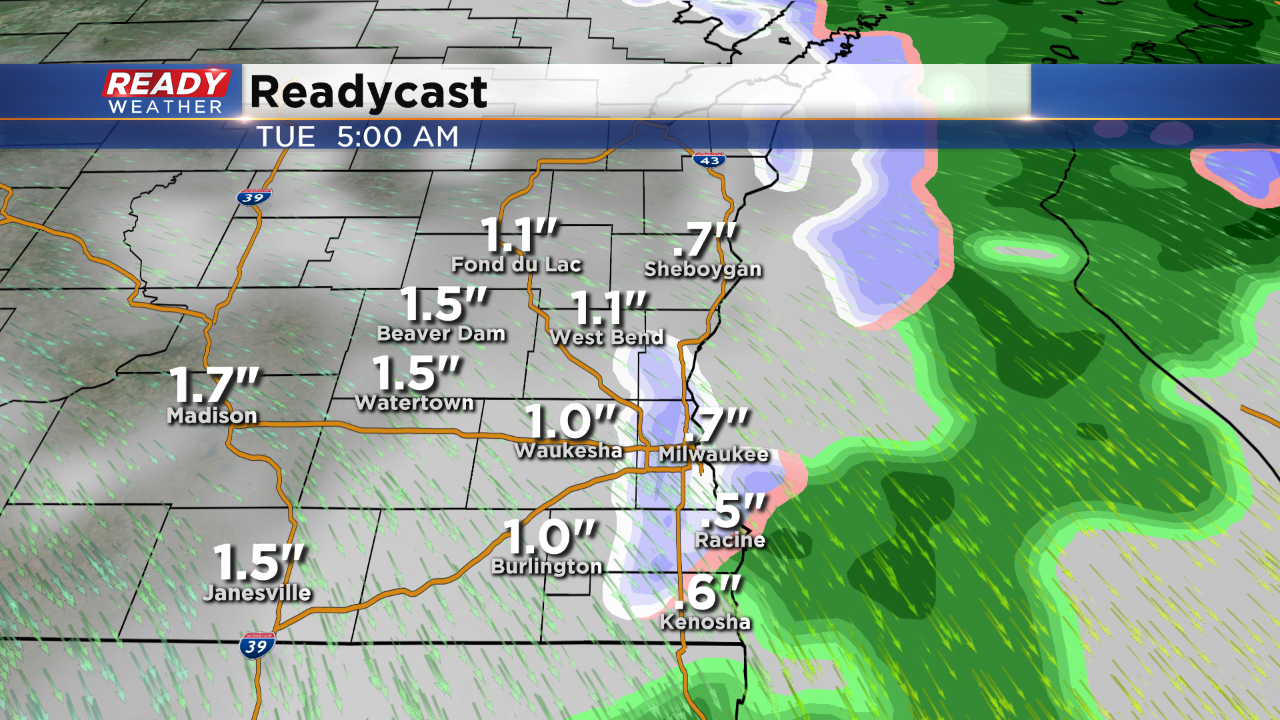 The highest totals line up within the advisory.  Areas near Waukesha, West Bend, and Burlington could get near 1".  The further west you go the better the chance for accumulation.

Most of the area will stay a mix to snow, especially along the lakefront. By the time the commute comes around the winter weather should be winding down. 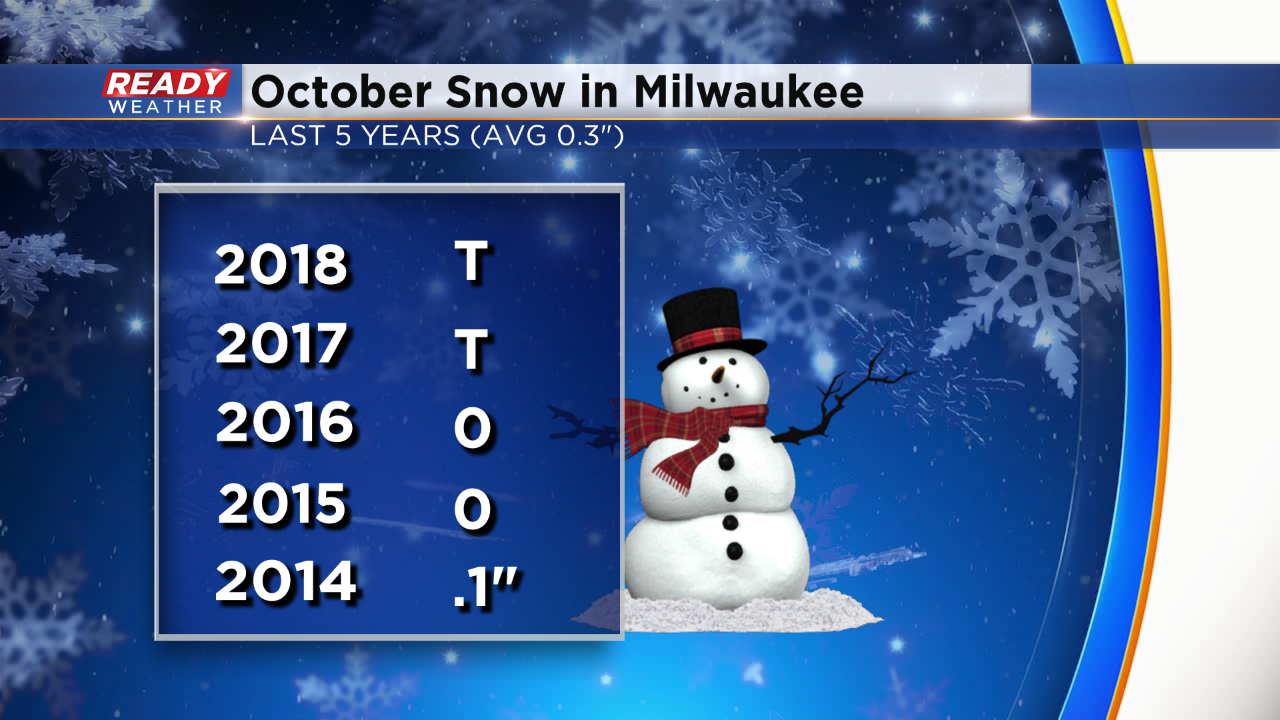 Milwaukee averages just over a tenth of an inch of snow for October.  Over the last 5 years it's been rather slim.

Noon Update: This week will be a very active pattern for us in weather. 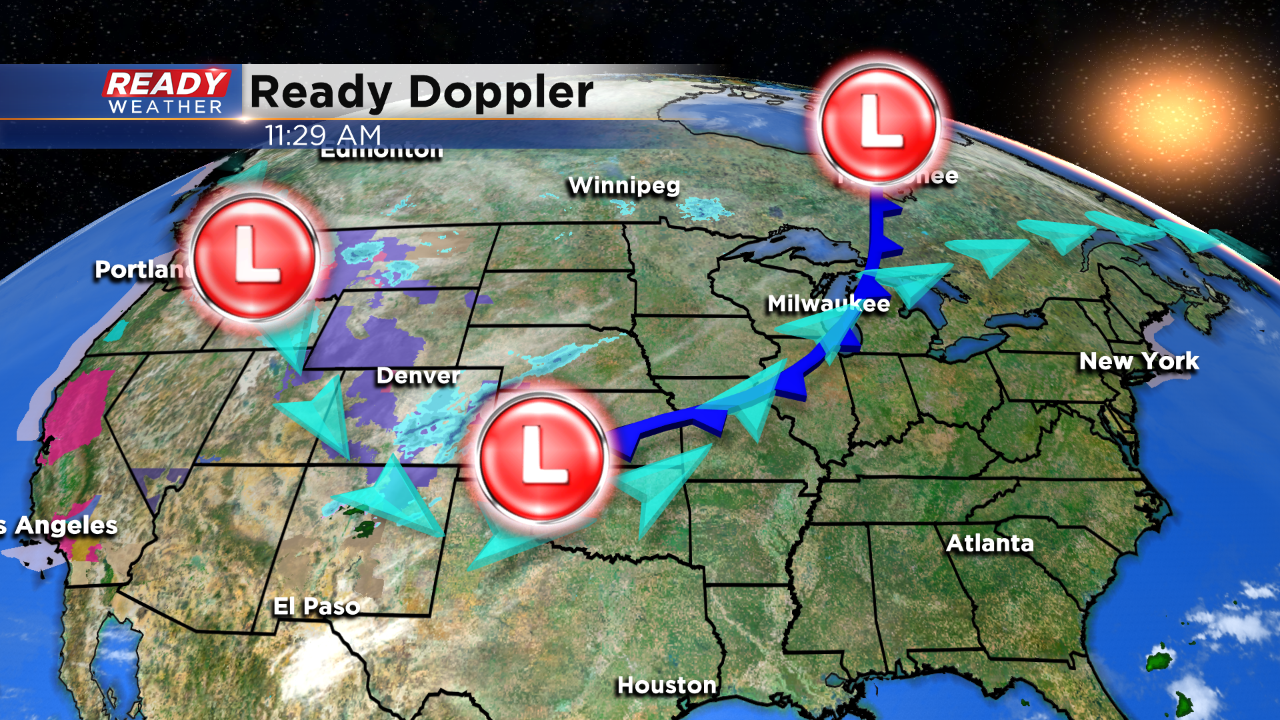 An area of low pressure sitting over the southern plains will ride up the frontal boundary as you see in this picture heading right for our area. This storm will be near us by midnight and that's when a mixture of rain and snow will develop over our area. Fortunately we are relatively mild in terms of ground temperatures at this point in the season. That means a lot of the wintry precipitation will melt on contact. But the possibility of one to two inches for our western and northwestern locations is there. 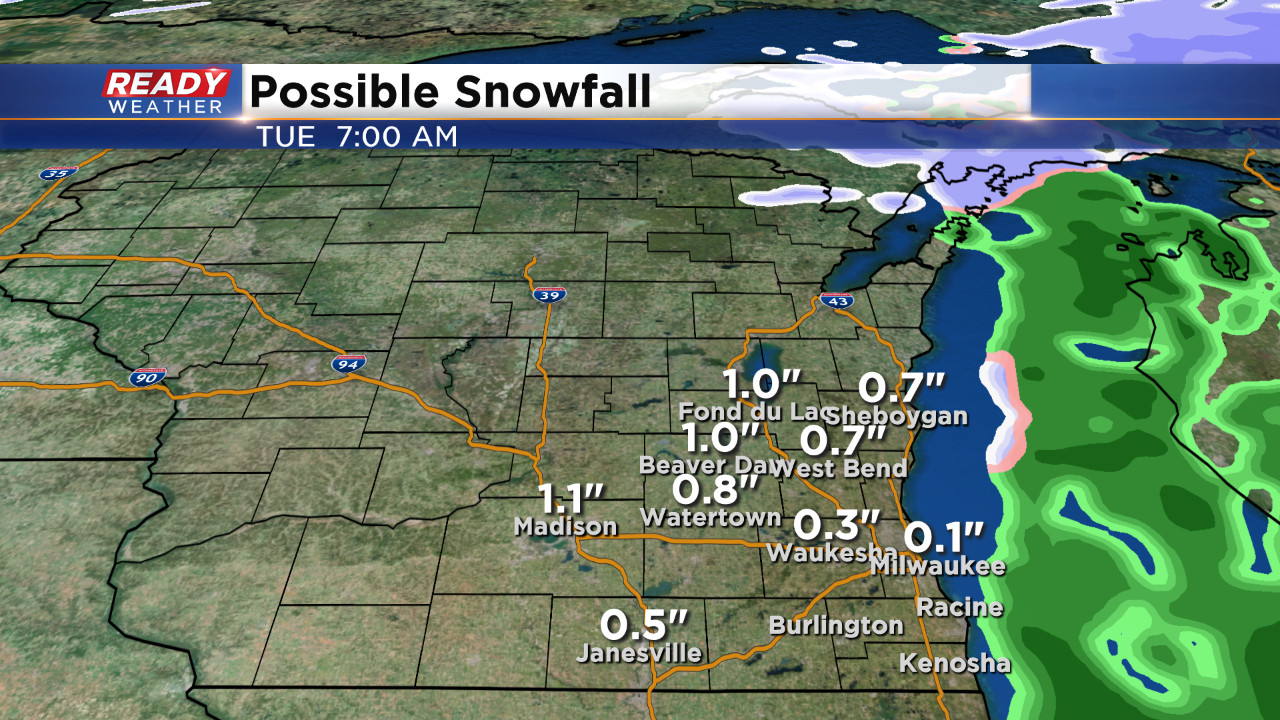 Much of that will accumulate on grassy surfaces. That said, plan for the chance of slick roads until around sunrise Tuesday. The Jetstream is in a favorable position to drag that next low over the pacific northwest into our area for Thursday into the very early hours of Friday. That too will provide a wintry mix with small snow accumulations possible.

Milwaukee (CBS 58)--On average, Milwaukee sees a trace of snow on October 28.  It's going to be close.  I think we'll see the snow start to fly after midnight, so October 29.  We have a quick moving storm system coming our way into early Tuesday.  A few slushy inches could fall, especially north and west of the metro.  There could be a few slick spots, especially bridges and overpasses and untreated surfaces. 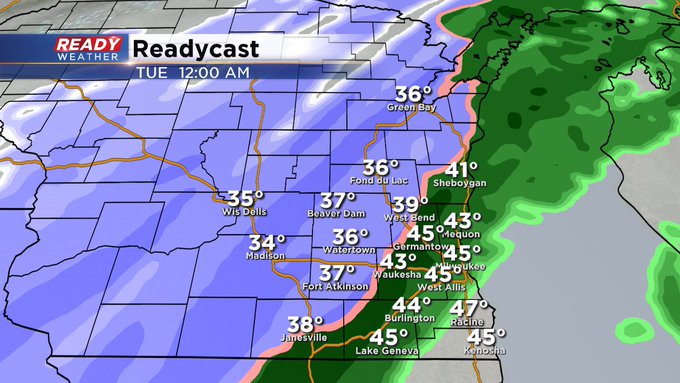 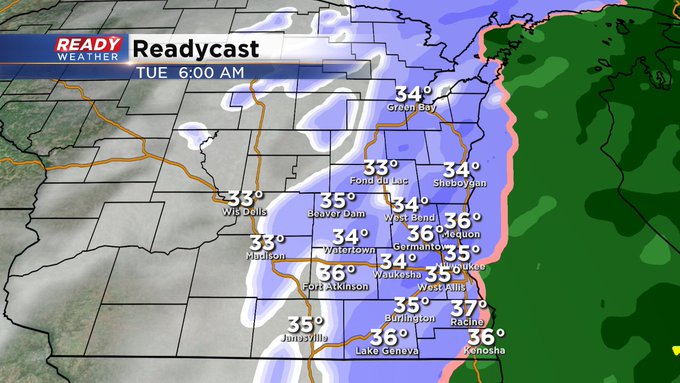 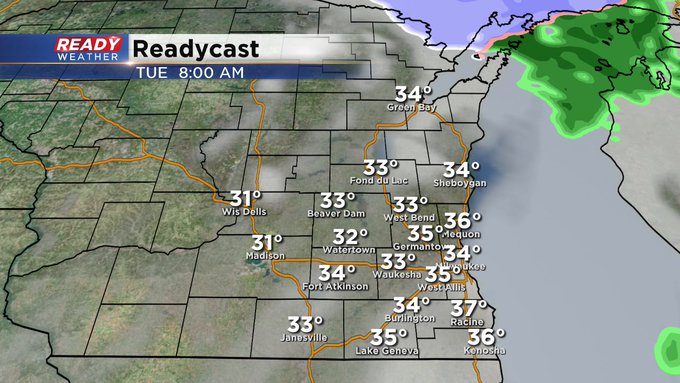 Another similar system will impact us late Thursday night (Halloween) into early Friday morning.  But this one could be a little more impactful with some colder air.  In fact, highs will struggle to get to 40 by the end of the week.

Just another reminder to switch the clocks back an hour before going to bed Saturday night as we go back to standard time.