A father's plea to find his missing daughter 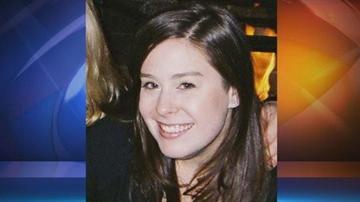 For Tony Dwyer, there's only one way to describe what he and his family are going through.

\"These days are indescribable. Hell, primarily not knowing,\" asid Dwyer.

\"When we wake up tomorrow morning, if it's anything like it was today, empty, shallow, distracting, phone ringing--it's something that I would wish on no parent,\" said Dwyer.

He says Kelly has a sunny dispostion and is always sporting a smile.

A smile that can be seen in several posters throughout Milwaukee's downtown.

Kelly was last seen hanging out with 38-year-old  Kris Zocco at  a bar Milwaukee's east side.

It's right across the street from where Zocco lives on Prospect Avenue.

Her family believes she either walked or took a taxi back to her place but from there, nobody knows.

\"Any information is important, we have one singular goal and that is to find Kelly,\" said Dwyer.

So he can hear these words again, \"I love you very much, those were the last words I heard from my daughter.\"