A couple more days of records before temperatures drop

NOW: A couple more days of records before temperatures drop

This has been a historic warm start to the month of November. We saw five straight days in the 70s from Tuesday of last week through Saturday. Sunday fell just one degree short with a high of 69* but still almost 20* above the average. 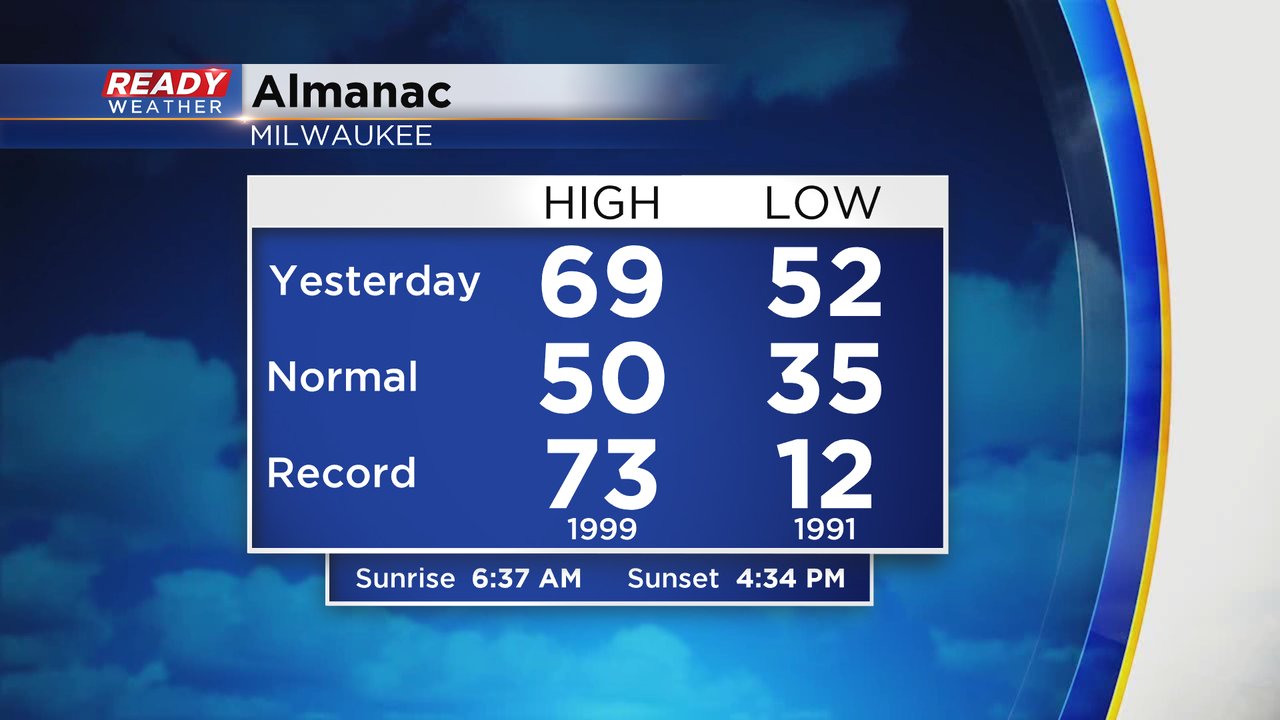 The five straight days in the 70s breaks a record for both number of 70*+ days during the month of November and number of consecutive 70*+ days in November. So far we have tied or broken three record high temperatures: Wednesday tied with a high of 73*, Friday at 74* and Saturday at 74*. The one record that has so far stayed elusive is the all time November record of 77* which has happened in four different years. 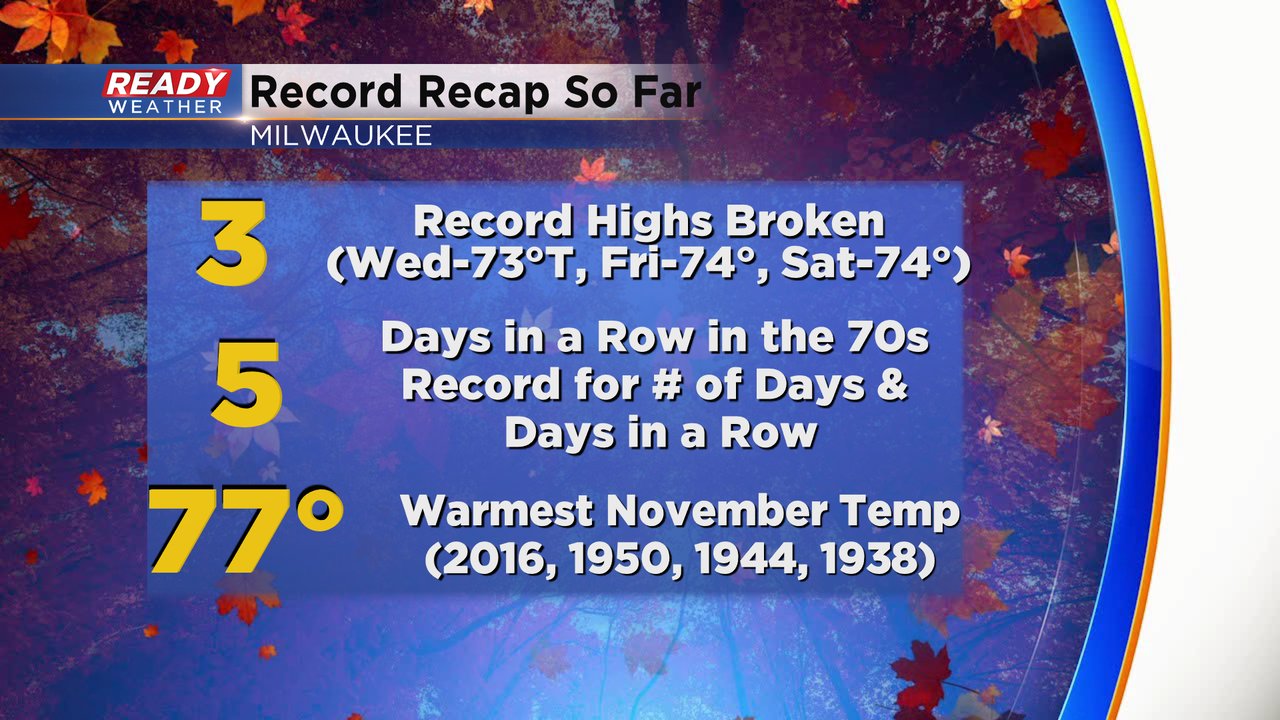 Temperatures on Monday will get back into the 70s. The current forecast of 76* would break the record for the day of 75* and come close to that all time November record of 77*. The record is not very warm currently at 66* set in 2016. With a forecast of 68* we would easily break the old record. In addition to record high temperatures we are also tracking the records for the record warmest low temperatures. For Monday, that record is 59* and so far the low has only dropped to 63* although we have to wait until midnight for the record to become official. Tuesday is similar with a record warmest low of 49*. We expect to wake up to temperatures in the 60s Tuesday morning but could get close to that record of 49 in the evening after the cold front arrives. 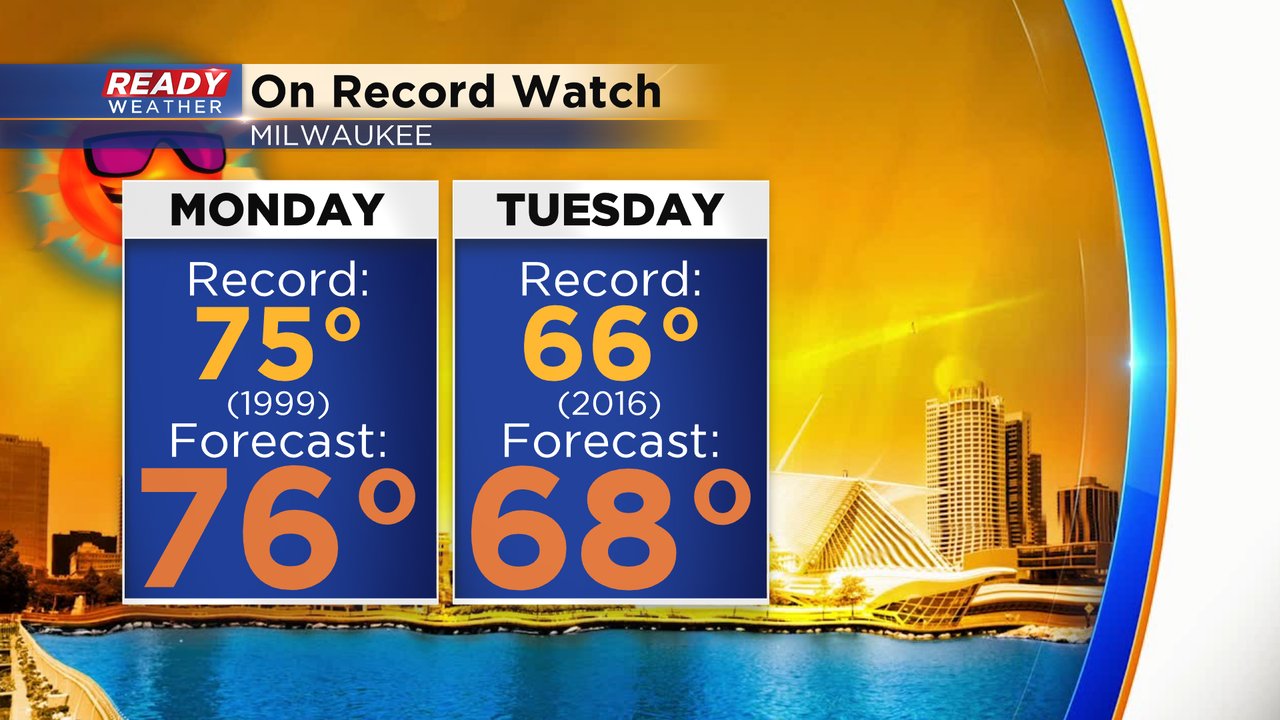 After a mix of sun and clouds with a few sprinkles on Monday, Tuesday will be our transition day. Some scattered showers are possible throughout the day with a cold front set to arrive in the afternoon and evening with some heavy rain and the chance for strong thunderstorms. Up to 1" of rain is possible. 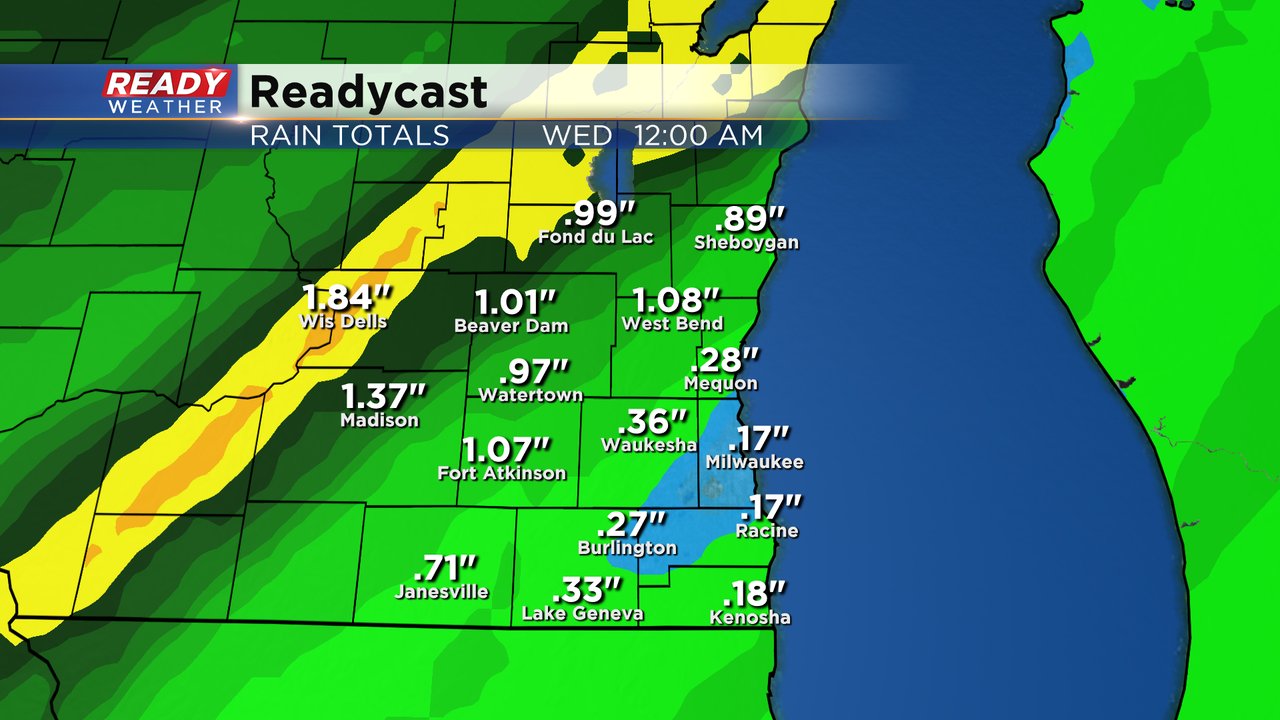 Download the CBS 58 Ready Weather app to track the record temps and chance for rain.