A Chilly Start to May 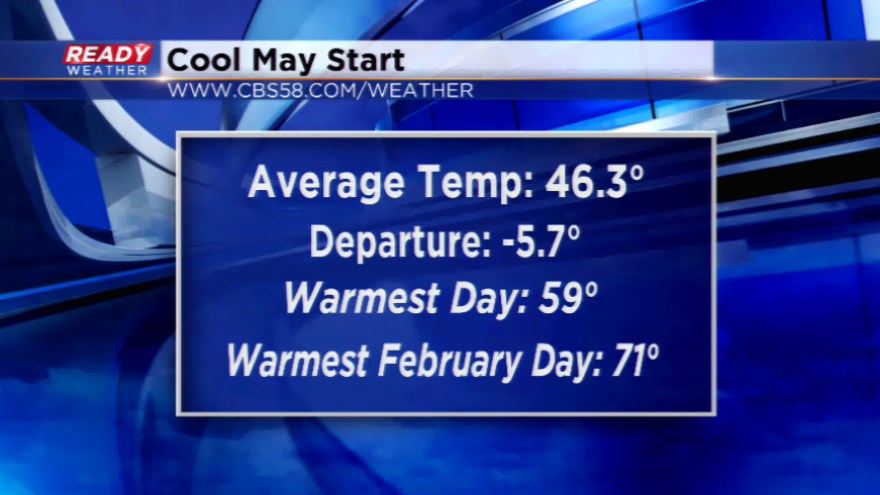 May of 2017 has not started out the way many think of when they think of May.  It has been chilly; winds have been off the lake, cool air masses have been driving in Canadian air.  The rain has even been down from an almost historic rainy April.  That is something we needed with rising rivers and streams.

This month, we have started the first week and a half almost 6 degrees below the average for temperatures.  Comparing the last five May months, this would be the first May in the last five years to be below average for average temperatures.  We wouldn’t be surprised by this pattern if the last three months weren’t above normal.  I calculated the last three months, and determined the departure (+/-): February +9.6°, March +1.1°, and April +5.5°.

Will this trend continue? It looks like the pattern flips a bit the next week or so.  The Climate Prediction Center has ushered in an above average chance to see “well above average” temperatures.  Did you get that? In layman’s terms: it’s looking good we get out of this funk.  Next week, a few of our computer models are showing an upper-level ridge building in the center part of the county.  Ridges help steer storms away, and allows warmer air to filter in to those regions.  Let’s see if those long-term models are successful.  It’s about time May starts to feel like May!