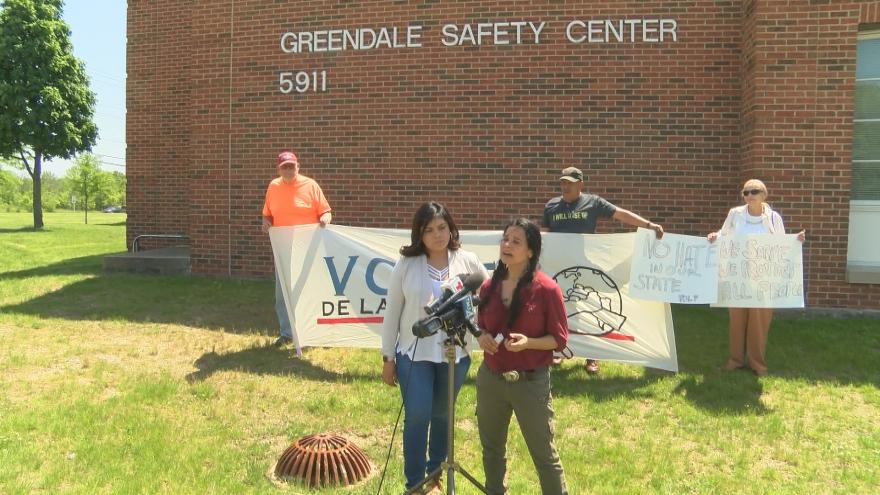 The Milwaukee woman who claimed she was racially profiled during a traffic stop has withdrawn her complaint.

According to a press release by the Greendale Police Department, a sergeant pulled over a vehicle which didn't have a front license plate attached or displayed. The Sergeant gave the driver a citation for failure to fasten seat belt and a verbal warning about two other violations.

During the course of the traffic stop, the Sergeant asked the woman for her social security number which is consistent with Greendale policy.

According to the press release, in reviewing of the audio and video on the Sergeant's in-squad video system, the allegation that the woman was questioned about her citizenship is false.

According to the release, the woman was asked for her contact information and insurance information but was never questioned about her citizenship or immigration status as was alleged.

The woman withdrew her complaint this afternoon.

A Milwaukee woman claims she was racially profiled and asked about her citizenship during a traffic stop by a Greendale Police officer.

That woman, who is, in fact, a U.S. citizen, has now filed a complaint against the Greendale Police Department.

She says she’s doing it to prevent it from happening to anyone else.

Katherine Torres claims she was on her lunch break Wednesday afternoon when she pulled over for not having her front license plate.

She claims the officer immediately asked if she was a U.S. Citizen and demanded her social security number.

She says the officer wrote it down and kept it.

Torres was cited for not wearing a seatbelt.

She does not recall the name of the officer and says his name was removed from the citation before he handed it to her.

CBS 58 reached out to several attorneys who say the officer did nothing illegal in asking her status. There is no law prohibiting officers from asking any questions.

“We do have rights and whether you’re legal or not, we should not be disrespected by police officers,” says Torres. “I just hope this stops. If it’s not necessary why ask for the social? Why ask you if you’re a citizen, if it’s not needed?”

Attorneys say it’s up to police chiefs if they will allow their officers to ask for citizen status.

We reached out to the department for their policies regarding citizen status questions, but we have not heard back yet.

The department now has 30 days to respond to Torres. If she is not satisfied with the decision she can repeal it and request a meeting with the police chief.