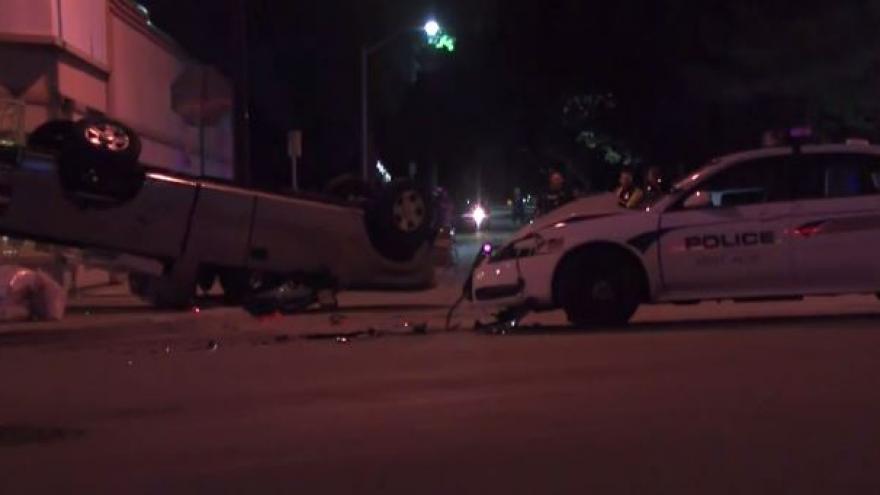 A West Allis Police squad car was involved in a crash with a pick up truck Saturday evening shorty before 9:00 PM near 91st and National.

According to Police, the squad car was driving east on National Avenue near 91st Street when it collided with a Ford F-150 pick up driving south on 91st Street.  As a result of the crash the truck flipped over onto its roof.

A pedestrian walking down the street and a passenger in the pick up were both injured.

The driver pf the pick left the scene on foot but as found a few blocks away. Both the driver of the pick up and police officer driving the squad car had minor injuries.

The pick up truck driver was arrested on suspicion of OWI and hit-and-run.

The squad car was on routine patrol at the time of the crash and was not responding to any incident.