UPDATE: MILWAUKEE (CBS 58) -- The Silver Alert for a 70-year-old man has been canceled.

David Luckett was last seen around 3:00 Monday afternoon near 80th and Marion on Milwaukee’s north side.

Police say he had a black coat, eyeglasses, and a brown cane. He also wears a medical alert necklace. 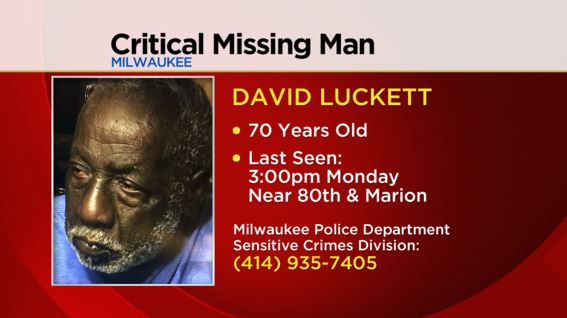 Authorities are concerned because he has dementia and isn’t familiar with the area.