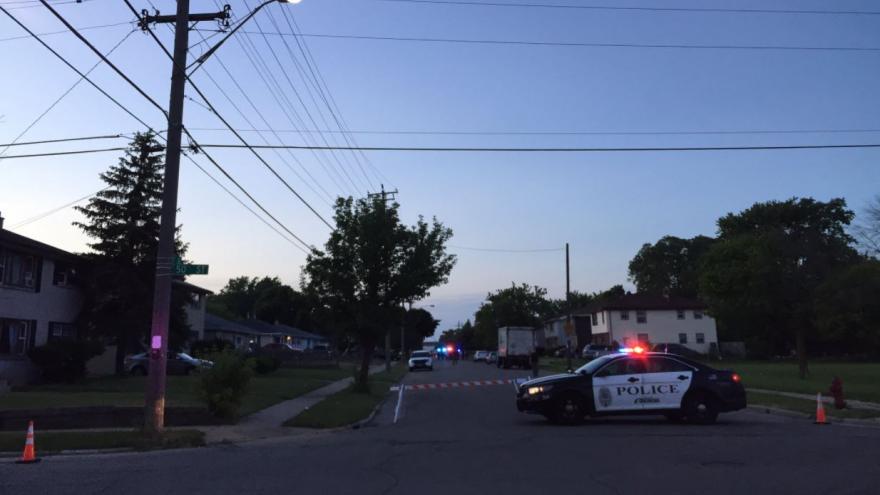 On Sunday at approximately 6:34 PM Kenosha Police responded to the 5000 block of 39th Avenue for a report of a man making threats with a gun. When officers arrived the suspect fled on foot with one officer in foot pursuit.

During the pursuit, the officer fired their gun and hit the suspect.

The suspect was taken to a local hospital and the officer was not injured.

Witnesses at the scene tell CBS 58 the suspect was a teenage boy walking around with an automatic weapon.

The Wisconsin Department of Justice, Division of Criminal Investigation will be leading the investigation. The Kenosha County Sheriff’s Department is assisting with the scene.