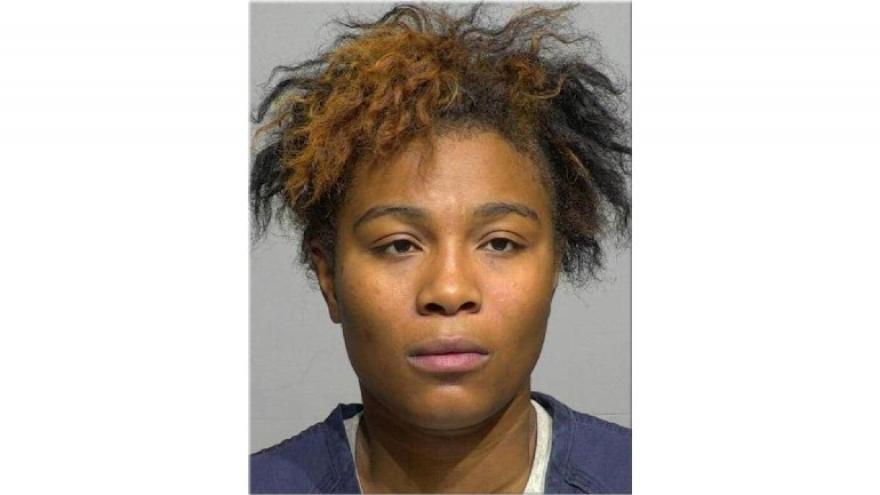 MILWAUKEE (CBS 58) --- According to a criminal complaint, Jasmine Daniels, 22, is charged with first-degree reckless homicide in the death of her 2-year-old daughter, Zymeiia Stevens.

Milwaukee police say Stevens was killed in a shooting near 105th and Daphne Tuesday night, July 21 around 7:23 p.m. The victim was pronounced dead while being transported to the hospital by the Milwaukee Fire Department.

According to the criminal complaint, Daniels initially told investigators she was walking outside with Stevens when she heard three to four gunshots and Stevens began "leaking" and was screaming. Police say Daniels changed her story and said her three-year-old son allegedly shot Stevens on accident when she wasn't looking. Daniels told investigators, "he didn't mean to do it", when she blamed her son. According to Daniels, only the three of them were in the basement at the time of the shooting.

When Daniels refused a detective consent to search the resident for the gun, she was taken into police custody for obstruction, according to the complaint.

According to the complaint, upon searching the basement, the following items were located and identified:

- A brass fired bullet located in the drywall

On July 22, Daniels' third account of what happened claimed that a week prior to the shooting, the defendant found a gun at the park and did not check to see if there was a round in the chamber. The complaint states the defendant said she turned away before hearing a gunshot and found the 3-year-old by the gun and Stevens bleeding.

According to the complaint, Daniels admitted she lied again to police in a fourth interview. She then claimed an unknown man came into the basement and sat on the couch and began cleaning a gun. The defendant claimed it did not bother her that an unknown person was inside her residence while her children were in the same room playing.

Five minutes later, the defendant said she heard a gunshot and the unknown man fled the scene. According to the complaint, Daniels said other people were present in the upper portion of the residence but would not identify who the people were.

Investigators allegedly recovered surveillance video outside the residence during the time frame Stevens was shot. The video proved the defendant was lying again, according to the complaint.

The complaint also states Daniels continued to deny that her boyfriend of the fathers of either of her children were at the residence during the time of the shooting, and also had no explanation as to where the gun went after the shooting. The complaint further states on July 23 Daniels told a story about a person named "Eddie" wearing all black who shot Stevens, but the video does not match the description.

Daniels allegedly broke down and began crying and said, "I accidentally did it", according to the complaint. Daniels admitted to "playing around with her gun in the basement when the gun went off" and shot Stevens. The complaint states Daniels admitted the gun belonged to her.

The complaint stated that Daniels' 3-year-old son was interviewed and said "Nuk-Nuk hurt (the 2-year-old)." When Daniels was asked what her son calls her, she said "Nuk-Nuk."

Daniels is facing 60 years in prison if convicted. She has a preliminary hearing Aug. 4.