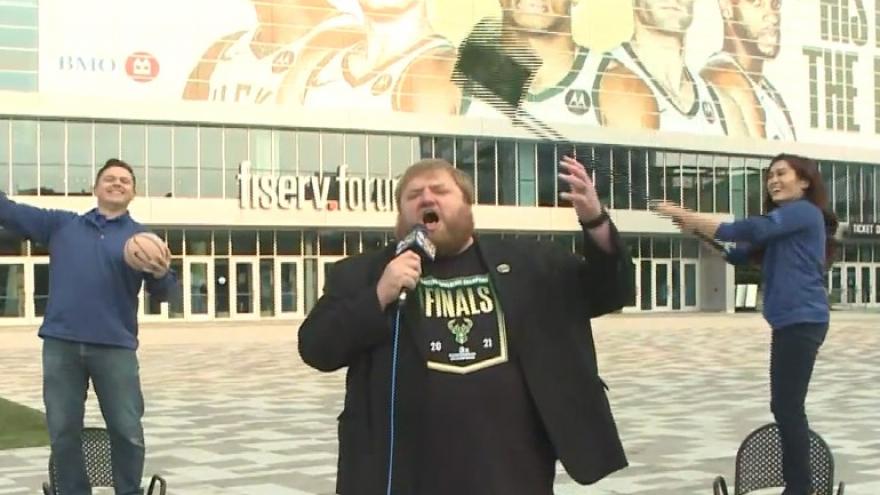 MILWAUKEE (CBS 58) -- Ben Tajnai's voice and beard became recognizable to Milwaukeeans as he sang the National Anthem before games during the Bucks championship run. Some even called him one of the team’s lucky charms 2021 NBA Finals!

Now, those fans repaid him in a big way by helping him bring home his own big championship win: the Most Talented Beard in America.

Wahl, the company known for it's hair clippers, shavers and trimmers, put on the contest looking for the most talented beards across the country.

As part of Tajnai’s win, he scores $20,000, and the opportunity to party with his facial haired fans when Wahl parks its GIANT Mobile Barbershop outside Fiserv Forum on Wednesday, Nov. 17, 2021.

The event will take place from 2:30 p.m. to 6:30 p.m. ahead of tonight's Bucks game. The mobile barbershop will be giving out free beard trims.

Tajnai will sing his signature rendition of the National Anthem at the game, and will receive his $20,000 prize during an on-court check presentation.