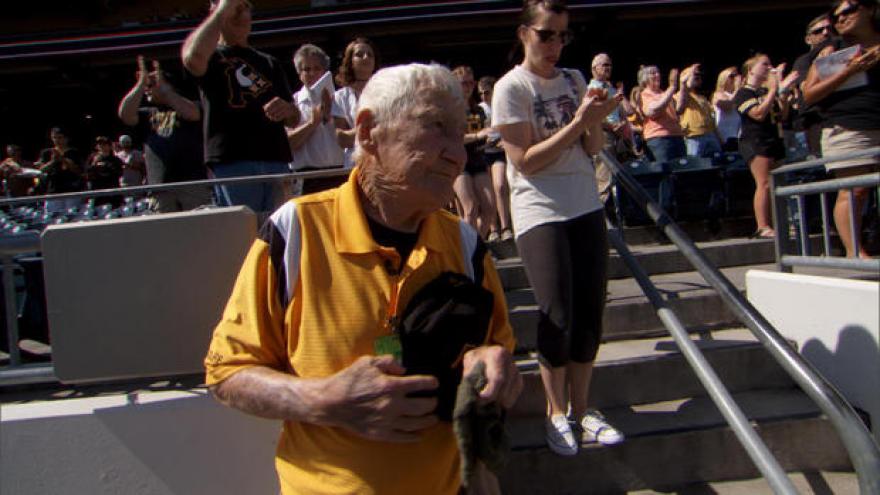 PITTSBURGH -- A lot of baseball stars can put fans in the seats, but only Phil Coyne cleans them first.

What makes Phil famous around here is how long he's been around. At 99, he's still working as an usher for the Pittsburgh Pirates, seating people in sweltering heat, climbing up and down stairs that would hospitalize most other soon-to-be centenarians.

Phil grew up near the old Forbes Field in Pittsburgh. In fact, when Babe Ruth hit the last home run of his career over the wall, Phil was one of the kids who ran after the ball.

Becoming an usher was simply a rite of passage in his neighborhood. Every kid did it for a year or two, but not Phil. He's still at it, 81 years later.

Of course, he did have a day job for many years, working as a machinist. He also took time off to save the world in 1941. But other than that, it's been this.

Phil says what he likes most about the job is the people. "I get more hugs and kisses now than I ever got in my life," he said.

To many of us, success means climbing a ladder, always doing something different, something bigger. But Phil Coyne has a gift for finding joy in the same place he found it yesterday.

That was most clear during the national anthem. He's probably heard that song 10,000 times. And yet, when it ended, he was moved to tears.

"Yeah, it's just something that happens," he said.

Love of country, love of people and happiness in hard work.  If you want the secret of life, now you know -- just follow the usher.

To contact On the Road, or to send us a story idea, email us: [email protected]