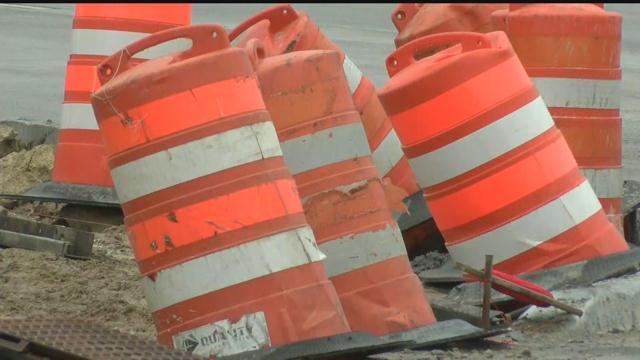 The Wisconsin Department of Transportation (WisDOT) will begin a reconstruction project on the I-94 bridges over Dousman Road and Golden Lake Road, in western Waukesha County. The project is scheduled to begin February 29.

Initial work will involve temporary pavement widening of I-94, to prepare for a traffic switch early next month. Work on Dousman Road Bridge and Golden Lake Bridge will happen simultaneously. The bridges will be constructed in halves, the southern (current eastbound lanes) bridges being reconstructed first, followed by reconstruction of the northern (current westbound lanes) bridges.

Two lanes of traffic in each direction will be maintained on I-94, through the work zone, during peak travel hours. Please note, with this work zone and with adjacent projects, a reduced speed limit of 55 mph on the freeway will be in effect.

Built in 1964, with its last rehabilitation in 1990, the bridges have reached the end of their serviceable life. This project will reconstruct the bridges and the roadways underneath to raise the vertical clearance to modern standards.

The contractor, Lunda Construction Company, is planning on completing the $9.2 million project in late fall of 2016. The schedule of work is weather dependent and subject to change.

More information about the project can be found at http://projects.511wi.gov/94dousgl/