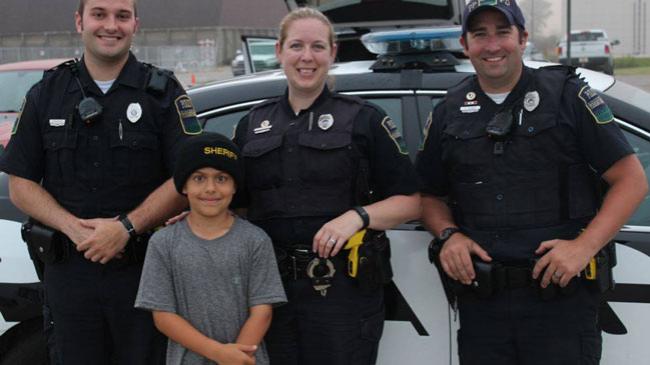 A 58 year old Kenosha man was arrested after stealing a running car with a child inside in Pleasant Prairie.

According to Pleasant Prairie Police, the incident happened on Thursday around 2:11 AM.

Pleasant Prairie Police responded to the Mobil gas station located at 7511 118th Street for a report of a stolen vehicle.

The father told police that he and his two sons were here on vacation from California.

They had stopped at the station, and the father and his 14 year old son went inside, leaving the sleeping nine year old in the rear seat of the running vehicle.

They exited the store and found that their 2016 Hyundai rental vehicle was gone. Officers shared the vehicle description with area law enforcement agencies and began efforts to track the father’s cell phone, which was in the rental car.

At approximately 2:40 AM, a Lake County Sheriff’s Deputy observed the stolen vehicle on I-294 near Willow Road. Illinois law enforcement authorities pursued the vehicle, which initially refused to stop. When the vehicle eventually stopped, the child was found unharmed, still sleeping in the back seat of the vehicle.

A 58 year old Kenosha man was taken into custody by Illinois authorities and is being held in the Lake County Sheriff’s Department Jail pending extradition proceedings.

The investigation is ongoing. Anyone with information about this matter is asked to contact the Pleasant Prairie Police Department at 262.694.7353 or Kenosha Area Crime Stoppers at 800-807-8477.