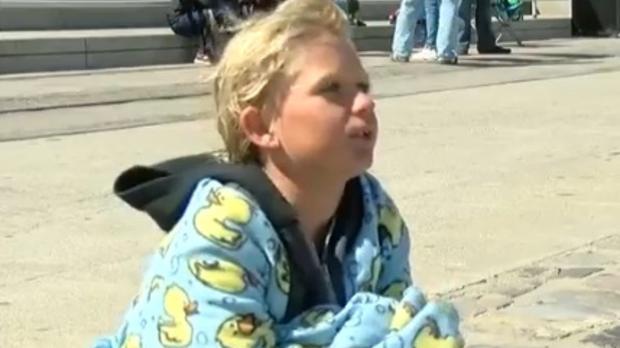 Local media in Fresno reported Tuesday that James Savage set a record as the youngest swimmer to make the journey to the former prison.

The station reports that by completing the swim, the fourth-grader from Los Banos breaks a record previously held by a 10-year-old boy.

James says that waves in the San Francisco Bay hitting him in the face 30 minutes into his swim made him want to give up.

"I wanted to turn back and they kept yelling, 'I believe you you can do it'," James told CBS Fresno affiliate KGPE.

His father says he had offered his son $100 as a reward; to encourage his struggling son, his father doubled it to $200.

James pushed forward, making it to Alcatraz and back in a little more than two hours. Alcatraz is more than a mile from the mainland.

Now that this swimming feat is completed, James told KGPE his next goal is to swim the length of the Golden Gate Bridge, which is 8,981 feet.