9 things to know about Kendrick Lamar 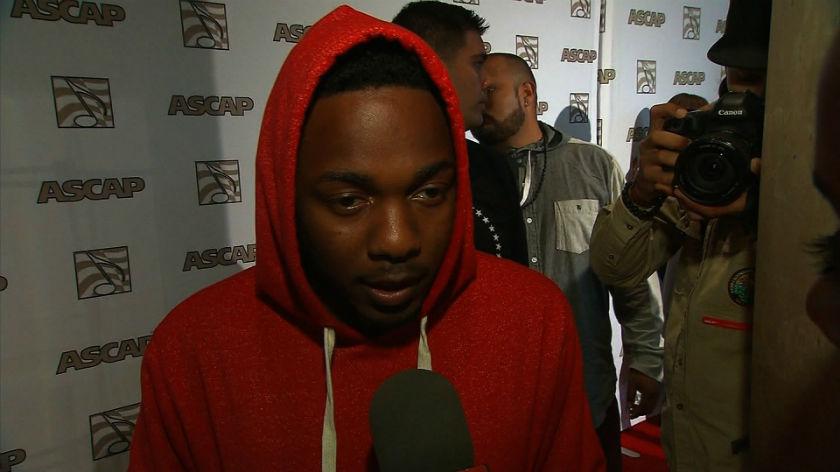 (CNN) -- If you've ever heard of Kendrick Lamar, get ready for that to change.

The rapper has been dominating social media and energized the music industry with his new album, \"To Pimp a Butterfly.\" He broke a Spotify record this week when the album was streamed more than 9.6 million times around the world after its surprise release Monday.

In honor of that, here are nine things to know about Kendrick Lamar:

He's not a new artist.

Lamar's first album, \"good kid, m.A.A.d city,\" was released in 2012 to critical acclaim, and in 2013, he was nominated for seven Grammys but failed to snag any. Before the release of his debut album, the rapper released several mix tapes and made guest appearances on projects with artists including Drake, Talib Kweli, Dr. Dre and Lil Wayne.

Lamar is from Compton.

He was born Kendrick Lamar Duckworth in 1987, and his parents moved from Chicago to the Los Angeles community in 1987. He has represented his hood in the single \"Compton\" and in other lyrics, calling himself \"Compton's human sacrifice.\"

He has a connection to an iconic rap video.

As a little boy, Lamar got to experience hip-hop firsthand when the video for Tupac Shakur and Dr. Dre's \"California Love\" was filmed near his Compton home. The 8-year-old made his way to the set, and \"it just inspired me,\" Lamar recalled.

Years later, he covered the tune.

Other artists dig him.

He's been compared to Tupac and Kanye West, and his performance with Imagine Dragons at the 2014 Grammys was a moment. In 2011, rappers Game, Snoop Dogg, Warren G and Kurupt surrounded Lamar at a concert at the Music Box in Hollywood, California, and symbolically passed the torch of West Coast hip-hop to him, causing Lamar to get choked up.

\"He's a singer-songwriter,\" Williams told the New York Times magazine in a June article. \"You can just see the kid's mind like a kaleidoscope over a beat.\"

He's a fan of indie music.

Lamar has said he is a fan of bands like the Quadrants and Sonnymoon. His musical tastes are varied, he says, thanks to the richness of music played in his home while he was growing up.

\"We played a lot of gangsta rap, but we also played a lot of oldies, and I think that mix is part of what inspires my sound,\" Lamar said. \"My pops and my mom started playing Marvin Gaye and the Isley Brothers and all these people, but at the same time, they always had Snoop on right behind it in the same mix.\"

In an expletive-laden video for Complex magazine, the rapper broke down his love of cereal and cartoons. His favorite? Fruity Pebbles, of which he proclaimed, \"In the beginning, the crunch is one of a kind.\"

He's not a fan of social media.

His official Instagram account may have more than 1.2 million followers, but as of mid-March, there were only two photos posted there.

In talking to singer Erykah Badu for a story in Interview magazine, Lamar said he shies away from social media so he doesn't get caught up in the hype.

\"That's why I try my best to stay away from social media as much as possible,\" he said with a laugh. \"When you go on your Twitter or look down your timeline and it's all great positivity, I love that. But at the same time, it can really divert you from what your purpose is or what you're trying to do.\"

Lamar started out as K. Dot.

Yes, his music is often political, focusing on race and social issues, but in talking to the New York Times recently about his spirituality and the burdens of success, the rapper said he realizes that for some fans. \"I'm the closest thing to a preacher that they have.\"