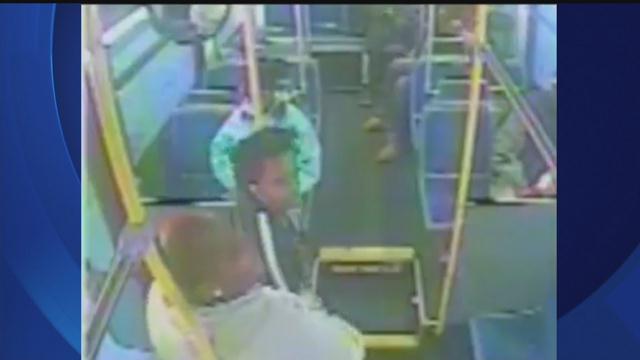 Milwaukee County Transit System says 82-year-old Abbas Yasin was actually a former bus driver and his neighbors tell us he rode the bus often.
Now police are hoping you can identify the teenager they believe is responsible for the hit that took his life.

The video shows him yelling, even being held back by a female passenger.

"Our understanding is the suspect was yelling, for whatever reason and took it out on this gentleman," said Brendan Conway with MCTS.

He says they don't know what the man and 82-year-old Abbas Yasin were arguing about on the night of March 17th but it didn't end there.
Police say the young man you see in this video followed Yasin off the bus at a stop near Sherman Avenue and Burleigh Street and attacked him.
Yasin suffered a traumatic brain bleed. He died Monday morning.

"It's a horrible situation and obviously as a former employee were saddened by the loss," said Conway.

Almost two months after the attack, the suspect still hasn't been caught and police are relying on MCTS video and you to identify him.

"All of our buses have video and they have audio with them so hopefully police have a good sense of what took place," said Conway.

They say there are four cameras on every bus, soon to be eight, and increased security after incidents like this so there's very little reason to feel unsafe on a bus.

But if you do take action.

"If a passenger feels unsafe let another passenger know, the driver know or call 911," he said.

Because like in this case it is caught on camera and they will prosecute.