MILWAUKEE (CBS 58) -- The family of 9-year-old Miyanna Jelks, Salvation Army Chaplains and the community gathered at the front steps of her house to say goodbye. They released balloons into the sky Tuesday evening.

"People from the school to daycare to the neighbors. I've learned that Miyanna was well loved. Not just her, but her family as well... this grief is being experienced by a lot of people," said Pastor Alexis Twito, Salvation Army Chaplin, who helped organize the balloon release with the family.

Prayers were said, and Miyanna's family and classmates shared their messages and memories following the loss. Purple balloons were released. It was Miyanna's favorite color.

"I could not believe it because you never expect it to happen to you. You never expect to be a part of this situation," said Pastor Linda Fay Smith, Miyanna's great aunt. "No matter what opinions people have, we want people to keep their opinions to their self and just let us mourn."

Miyanna's school, Emerson Elementary has set up a GoFundMe page on behalf of the family. The proceeds will go towards the expenses of her unexpected death. To visit the GoFundMe page, click here.

MILWAUKEE (CBS 58) – Charges have been filed against the parents of 9-year-old Miyanna Jelks.

32-year-old Marcel Antonio Jelks and 29-year-old Talisha Lee are charged with child neglect resulting in death along with several other felonies.

The criminal complaint says the couple left their six children alone while they went shopping on Saturday. The oldest child, the 10-year-old who was watching his siblings told police he found his sister with their dad's gun. He said he took it from her and took out the magazine but then he waved it in the air and a bullet hit the little girl. The complaint says the children did not have any way to contact their parents and had to wait for them to return home. Once the parents returned, Miyanna was rushed to the hospital where she later died.

Jelks told police he had bought the gun the day before.

This is a developing story. Stay with CBS 58 News on air and online for the latest updates.

MILWAUKEE (CBS 58) -- City officials are calling for gun safety after a 9-year-old girl is shot and killed over the weekend.

Milwaukee Police say Miyanna Jelks was shot and killed by her brother on Saturday. The girl was a third grader at Emerson Elementary in Milwaukee. A memorial is growing outside the home where she was shot on 39th and Ruby.

The parents of the girl are in custody, awaiting charges after the tragic shooting, one Mayor Tom Barrett called a horrific accident.

During a press conference Monday, the Mayor said 9-year-old Miyanna Jelks grabbed a hold of a gun that was in her house, that's when her brother tried to intervene. In doing so, the boy shot and killed his sister.

"It's a tragedy that happens every year in our community. We want this to be the last. No child in our city should be injured or killed because of gun violence," said Reggie Moore, Office of Violence Prevention Director.

In response to the shooting, Southside Health Center is one of a number of places across the city offering free educational resources, including gun locks. 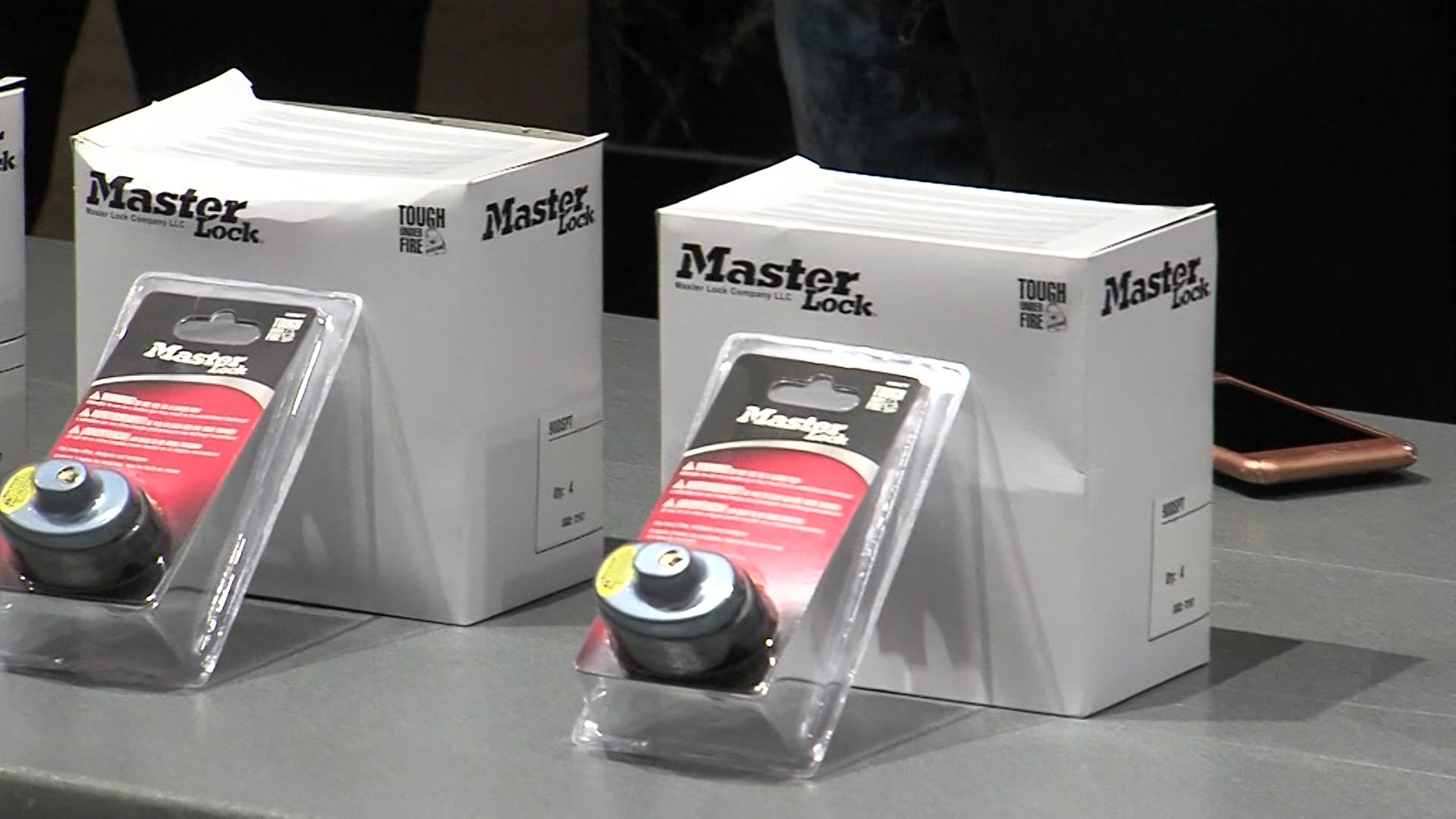 Neighbors like Maggie Williams say it's surprising that something so tragic would happen so close to home adding that proper training and education should be a priority in these matters.

Groups like WestCare have been working closely with the city and residents as a liaison for needs and services. The organization surveys communities to try and find the best solutions to problems.

As a result of these partnerships and donations, gun locks have been provided to residents at no cost. The locks can be picked up at City Hall and at police districts and health centers across the city.

The Office of Violence Prevention says there will be counselors on hand for students and neighbors who knew Miyanna and need someone to talk to.

Free gun locks will be available at the following locations this week:

So far this year, according to the national Gun Violence Archive, 118 children under the age of 11 have been injured or killed as a result of gun violence in America.  For more information from the Office of Violence Prevention on gun safety, visit www.milwaukee.gov/staysafe

MILWAUKEE (CBS 58) -- The Milwaukee Police have identified the 9-year-old victim of an accidental shooting as Miyanna Jelks. According to police, the girl was accidentally shot by her brother. The boy has been taken to the Milwaukee County Children's Court Center. His exact age has not been released.

MILWAUKEE (CBS 58) -- Milwaukee Police now say the girl was 9-years-old. After an investigation police determined that she was shot inside a house.

The child's parents are currently being questioned as part of the investigation.

The shooting happened Saturday around 12:10 p.m. near 38th and Ruby.

The child was brought to the hospital where she was pronounced dead.

Police are investigating the death and how the shooting happened.