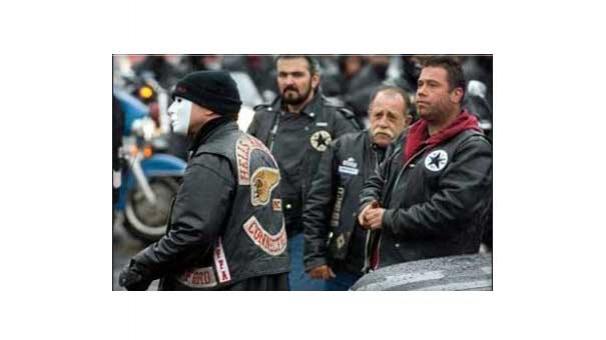 Police say members of the Pagans and Hells Angels began fighting around noon on Sunday in the parking lot of the Pennysaver Amphitheater in Farmingville. Officers managed to break up the brawl and disperse the groups.

Police say two people were taken to hospitals to be treated for injuries. No arrests have been made.

Newsday reports a large puddle of blood could be seen on the ground after the fight.

The Pagans and Hells Angels have a long history of violence against each other, especially in the New York area. In 2010, numerous Pagans were arrested after several members of the Long Island, N.Y. chapter met with gang members from other divisions in New Jersey, where they discussed plans to kill members of the rival motorcycle gang, Hells Angels.

In 2002, one Pagan member was shot and killed and at least 10 other people were injured when a confrontation erupted after Pagans members decided to crash a motorcycle expo sponsored by Hells Angels.

Seventy-three Pagans were convicted of or pleaded guilty to federal charges in that case.