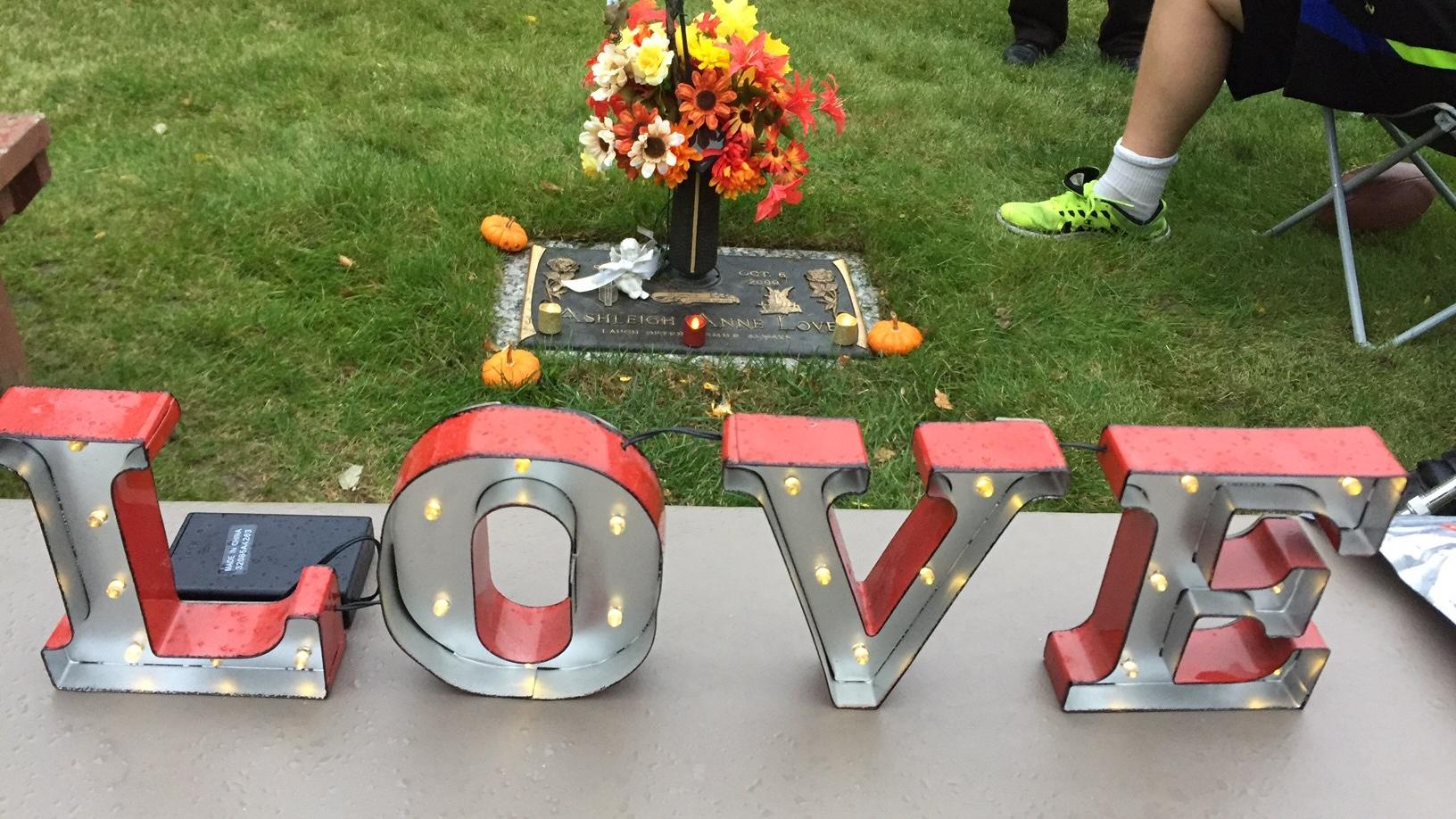 On a rainy Thursday night at New Berlin's Highland Memorial Park, Tammy Love sat near her daughter Ashleigh's grave, dwelling on another year gone by with few answers.

October 6th marks 7 years since an intruder broke into their suburban Milwaukee home, and killed 19-year-old Ashleigh as she slept.

"Each year on October 6th, we come to her gravesite, and I vow to her that until they're caught, I will have a vigil for her, to bring light to the case," says Tammy.

She was joined by a handful of friends and family members at Ashleigh's grave, where some tied notes to balloons before sending them upward.

Tammy has not given up hope, despite the time that's passed.

"Someone knows something," she says. "They're either scared to talk about it or they've got it blocked out. For whatever reason, they're not coming forward."

She hopes whoever is responsible, knows how much pain they've caused.

"Just let us know what you know," she says. "I know it's not going to bring Ashleigh back to find out who did this, but I want everybody to know the names of the murderers who killed her."

The family is offering a $5,000 reward for information leading to an arrest.