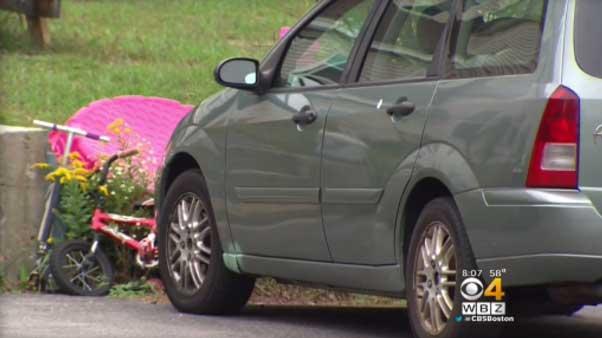 SALEM, N.H. (CBS NEWS) – A New Hampshire toddler was rushed to the hospital with serious injuries after she was accidentally run over by her 7-year-old sister, who was behind the wheel of the family car, CBS Boston reported.

Tuesday night just after 6:30 p.m., a woman called Salem Police to say her 2-year-old daughter had been run over at an apartment complex.

The woman said she gave her 7-year-old daughter permission to start her 2003 Ford Focus while she was inside the family’s apartment. Police do not believe this was the first time the girl was allowed to start the car.

“What makes this even more frightening is that this was 100 percent preventable,” said Salem Police Captain Joel Dolan.

After the girl started the car, she was able to shift it into reverse. The car then moved backwards and ran over the 2-year-old, injuring her legs, chin, scalp, rib cage and upper arm.

“I saw the baby trying to open the door and it wasn’t opening so she was going behind the car and the car was going back and it hit her and she got hurt really bad,” said Liana Gallagher who witnessed the incident.

The car did not stop until it hit a neighboring motor home.

The girl was rushed to Lawrence General Hospital and later taken by MedFlight to Boston Children’s Hospital.

Police are contemplating child endangerment charges against the mother.

“I would say we are leaning heavily towards that direction but nothing is set in stone,” said Captain Dolan.