7 things you need to know about a contested convention 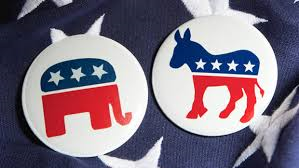 Though he holds the delegate lead, Trump's path to win the 1,237 delegate majority he'll need to lock up the GOP nomination by the end of the primary calendar in June has gotten more difficult. If Trump continues collecting delegates at the same pace as he has been to date, he will not make the threshold; he would have to improve his results in the remaining contests to reach a delegate majority.

That means the party is currently on track to arrive at its July convention without a presumptive nominee for the first time since Ronald Reagan challenged the incumbent President Gerald Ford in 1976.The prospect of a contested convention creates the potential for all kinds of intrigue, but it is also presents more mundane challenges.

For the candidates, delegates and party foot soldiers now faced with a political and parliamentary labyrinth generations in the making, there is no roadmap -- only riddles and questions.

Here are seven we can answer right now.

Simple: If no candidate arrives in Cleveland with a majority, then the convention is considered "contested." If, for example, Trump is within 100 votes of 1,237, then there is a possibility he convinces enough uncommitted delegates to lock up the nomination on the first ballot. Ford defeated Reagan in 1976 by similar means.But if no one emerges with the magic number after that first round, the real action begins.

The states and territories are governed by slightly differing rules, but most require their bound delegates -- the ones awarded during the primaries and caucuses -- to vote according to those results for only one round.

If there's no winner, more than half of the delegates immediately become free agents. This is when the convention moves into its "brokered" phase and the campaigns begin to vigorously compete for their support on a second ballot. Some states require their delegates to remain pledged through multiple rounds. California, for instance, only releases its bounty of 172 delegates before the third vote.

In Arkansas, for instance, we know that Donald Trump won 16 pledged delegates to Ted Cruz's 15 and Marco Rubio's 9. But there will be another vote, at a statewide gathering late April, to decide who will be the individuals charged with delivering those votes at the national convention.

Tom Lundstrum is one of the hopefuls. A former state GOP rules chairman, he is running to be one of Cruz's delegates in Cleveland.

What would Lundstrum do in the event Kasich and Trump were the only two viable candidates, and Cruz was out of the game?

"If I'm elected to go to the convention, I will represent Ted Cruz on behalf of the people of Arkansas who voted for him. And if I am a Cruz delegate, I will not change my ballot until I'm told by Ted Cruz that he's releasing his delegates, if it comes to that," he told CNN.

"I don't know at this point what would induce me to vote for (Trump) or (Kasich) -- if that's who it comes down to, I would have to give some serious consideration to the fact that Donald Trump won the plurality of Arkansas delegates," he continued. "And so I'm thinking on the behalf of my state -- I'm there to represent them, not myself -- I think I'd be inclined to always... If I'm going to make an error it's going to be on the side of the voters of Arkansas."

3) What is the "Rules Committee" and what kind of power do they have?

The party's "Rules Committee" is as powerful as it is difficult to handicap. In the end, it will comprise 112 members, with two representatives -- one man, one woman -- from each of the 56 states and territories sending delegates to the convention.

Further complicating matters, many of the states, even those that have already allotted delegates mathematically, have not yet elected the individuals who will make up the numbers.

"Part of the confusion is that we don't even know yet who most of these people are going to be," said Richard E. Berg-Andersson, researcher and historian for The Green Papers blog, a long-running authority on the nominating process. "Most of the states haven't held the district or state conventions that will actually name the warm bodies sitting in the seats. They don't even know who from Iowa will be eligible from Iowa to be on the rules committee."

In past years, the process had mostly been an afterthought. But the pre-convention meeting in 2012 was more contentious than usual, as loyalists to Mitt Romney led a successful push to change a number of rules. Among them: a requirement that candidates win a majority of the delegates in at least eight states in order to be considered viable at the convention.

But -- as Republicans versed in the rules will tell you, the eight-state requirement in Rule 40 could easily be changed. Rules Committee delegates will vote on a new slate of by-laws at the convention in 2016 and might again tweak the number of states at that time.

It would have to be altered -- or interpreted differently -- if party grandees wanted to make way for a late-entering longshot challenger -- like, say, Mitt Romney or Paul Ryan.

5) Which states will have the most power going into a contested convention?

Influence at a contested convention has less to do with delegate count or size than rules and procedure. For that reason, keep an eye on Pennsylvania.

In a state with 71 total delegates, only 17 will enter the convention pledged to a candidate. The other 54 will effectively be up for grabs, regardless of the outcome of the state's April 26 primary. North Dakota, which held its state convention last weekend, and the some of the territories have similar systems.

Colorado and Wyoming are two more states likely to get some attention. Though Ted Cruz won 9 of the 12 delegates on offer at Wyoming's county convention, there will be another 14 available during a state convention on April 16. Colorado will directly elect 34 delegates on Saturday. These typically quiet competitions, with a small number of voters to convince, are taking on added importance as the race tightens.

6) What happens to delegates assigned to candidates who drop out of the race — do they become free agents right away?

This question is decided on a state-by-state basis.

"There are three basic flavors to the release process," explains Josh Putnam, a political scientist and founder of Frontloading HQ. "On one end of the spectrum you've got delegates who are locked in regardless of how many ballots it goes, states like Iowa. On the other end of spectrum you've got states like New Hampshire and Michigan that, once a candidate's out, their delegates are automatically released and unbound."

The third category is the most intriguing.

In a number of states, delegates are reallocated automatically based in part on the results of the original primary or caucus vote. Kentucky, Putnam notes, is a good example. The state voted on March 5, with Marco Rubio winning 7 delegates. With the Florida senator now leaving the race, his 7 delegates are likely to become uncommitted, then bound again by the Kentucky delegation.

7) Trump has said he should be the nominee if he has a plurality of the vote — could that be enough?

The requirement that a candidate win the 1,237 nominating majority, the bedrock rule of the primary process, is almost certainly off the table.

"It's a marathon, and if you run a marathon, even if all the other runners collapse before the 25-mile mark, if you collapse at the 26-mile-mark, you haven't crossed the finish line," is how Berg-Andersson explained the GOP's thinking. "So the finish line here is 1,237 delegates. Sorry, that's the rule."

Putnam agreed -- a plurality simply won't do it.

"I doubt any change is in the offing," he said. "I don't think they would either lower that or raise it in an effort to prevent Trump. That sort of proposal has never really come up."