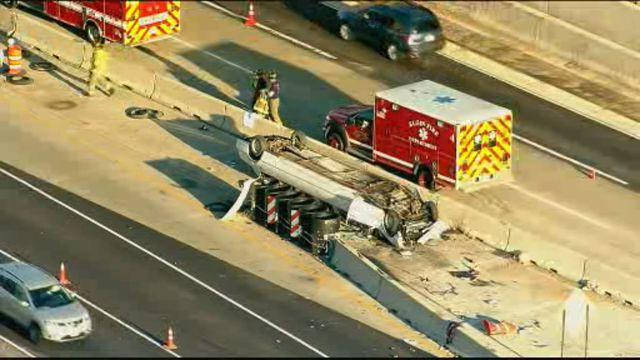 Chicago- Seven people from the Madison area were injured Friday morning when a limousine crashed and rolled onto its roof on the Jane Addams Memorial Tollway near Elgin.

According to a release from Illinois State Police, a preliminary investigation has revealed the white Lincoln Town Car limousine was traveling on I-90 eastbound at mile post 55 in the far left lane of traffic.

The driver of the vehicle was blinded by the sun.

The driver was unable to see the traffic lane pattern and struck the end of the jay wall, which caused the limousine to roll over.