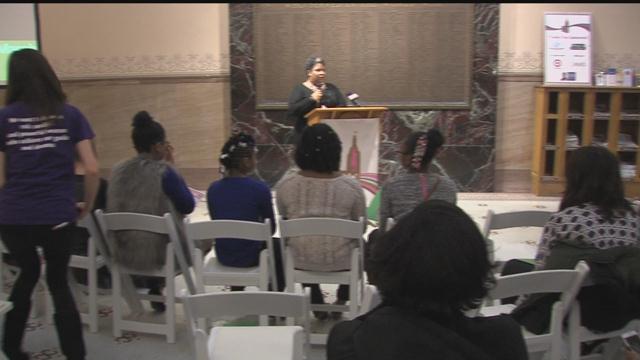 Young women inspired to take action and leave their mark on the city at the 6th Annual Girls Day at City Hall.

The event is hosted by Alderwoman Milele Coggs who is not only the youngest, but currently the *only woman serving as an alderperson in the city of Milwaukee.

This morning, the girls heard from and interacted with elected officials including Mayor Tom Barrett.

They were also given words of encouragement because Alderwoman Coggs said young women need to recognize what they bring to the table.

Additionally, the girls who attended had the opportunity to find out more from elected officials and others in public service during an upcoming "Shadow Day."