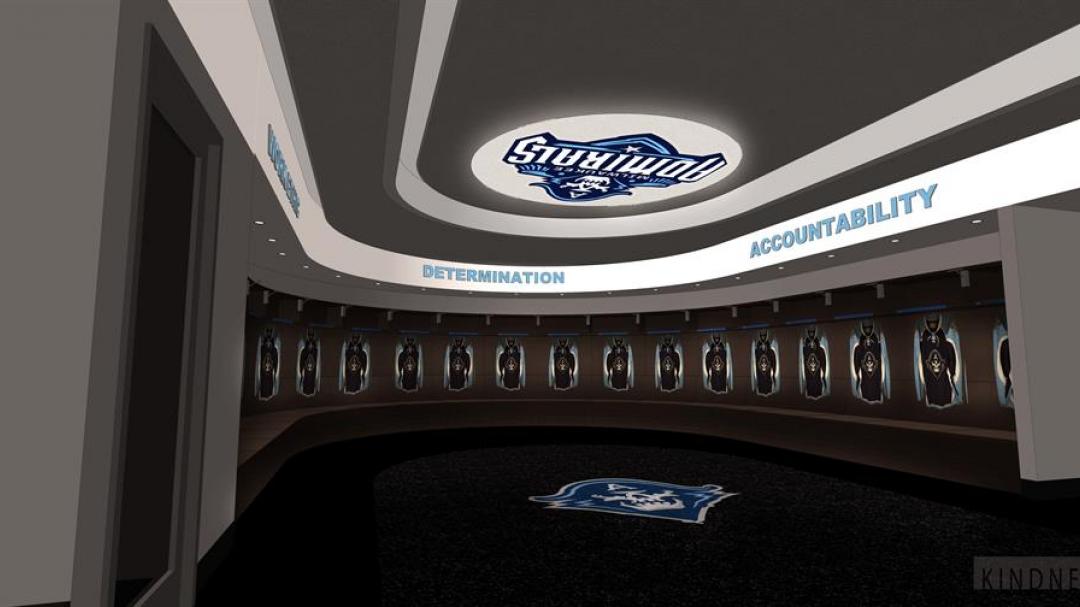 A Milwaukee sports venue with decades of history is about to undergo a big-time makeover.

"[The fans] have accepted this idea of our move over," said Admirals CEO Harris Turer.

"During this time, people have stepped up, and not only expanded on their season tickets, but we've seen a renewed interest in Admirals hockey from a season ticket perspective. The growth has been tremendous and we're very fortunate the community has bought in to the Admirals move here."

There will be upgrades made to concession stands, the arena seats and LED lighting.

But the keystone for the project is the new Admirals locker room. It is round in shape, giving it a look that officials called "NHL caliber."

"The arena is home to the best variety of sports and entertainment events in Milwaukee," said Russ Staerkel, President of the Wisconsin Center District.

"We are creating a fan experience that is second to none," he said.

Some ticket prices next season will go up -- but others will go down. A representative tells CBS 58 the cheapest seat at the new arena will be 15 bucks. Last season, the least expensive ticket was 20 dollars.