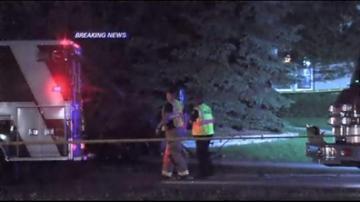 West Allis police say a 61-year-old woman died on scene after her vehicle struck a utility pole, then a tree, causing the car the roll over.

Investigators did not release her name but say she is from West Allis.

Police say there were no other vehicles or passengers involved.

Witnesses say they saw the vehicle traveling northbound on S. 108th St. drift to the right leading to the deadly chain of events.

Both the Wisconsin State Patrol and West Allis Police Department are investigating.