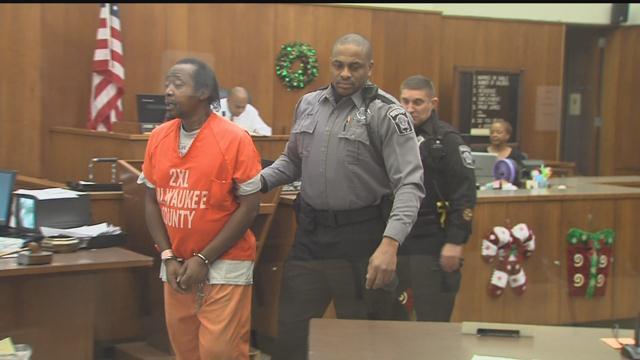 A 61-year-old man pleaded guilty to an amended charge of second degree reckless homicide on Thursday.

Jessie James said he felt disrespected in his home and that's why he shot and killed his girlfriend's 21-year-old son.

It was back in September 21-year-old Mannix Franklin had been staying with his mother and James at senior living apartments in Milwaukee.

James and Franklin got into an argument and James said he felt disrespected.

He loaded a shotgun and fired once.

James will spend twenty years behind bars with ten years of extended supervision.